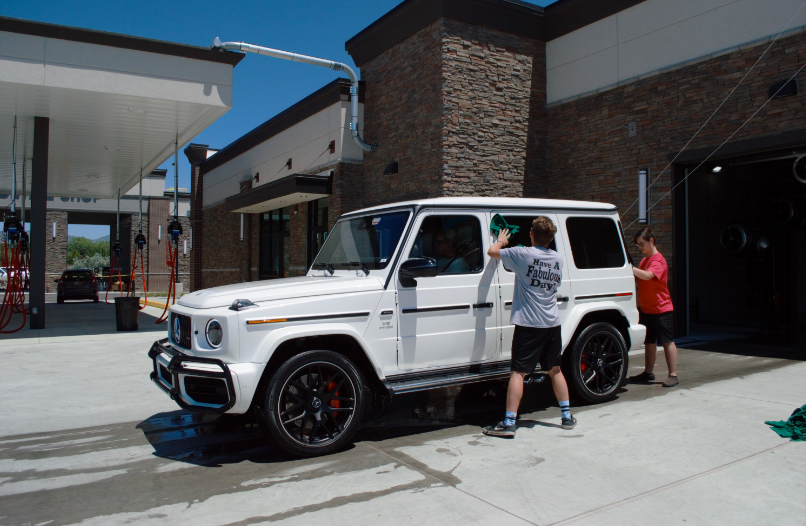 “It’s evolved over the years, and now Freddy’s includes Splash, Ike’s Sandwiches, Jiffy Lube and a convenience store in addition to the car wash,” explained Zach Taylor, site leader for the Lehi location. “This is the first Fabulous Freddy’s to include all of the products they’ve added over the years.” Splash is a gourmet soda shop started by the creator of Swig. Ike’s has been a popular sandwich place in a few other Fabulous Freddy’s locations.

Freddy Smith’s first passion is the car wash, and that’s where Fabulous Freddy’s has put all of Smith’s years of experience and experimenting to good use. Smith’s family started the Smith’s grocery stores in Utah, so he grew up in that business. Freddy worked at car washes as a young man, but he always thought they could be better, so he started his own. “We have two tunnel washes, which is pretty unique. We do full detail – we dry every car by hand. There’s a full detail option as well,” continued Taylor. Rounding out the experience, customers can sit at tables in the shade with a Splash drink and an Ike’s sandwich while their car gets cleaned.

“Freddy is here all the time. His enthusiasm is infectious – he really loves this business and Utah and making people happy,” said Taylor. “Over the years, he’s added products to the car wash and kept the things people really liked. This is the first location to have all of the best additions to Fabulous Freddy’s in the same complex.”

“It’s our mission to make sure people get a fabulous car wash and a fabulous experience,” concluded Taylor.