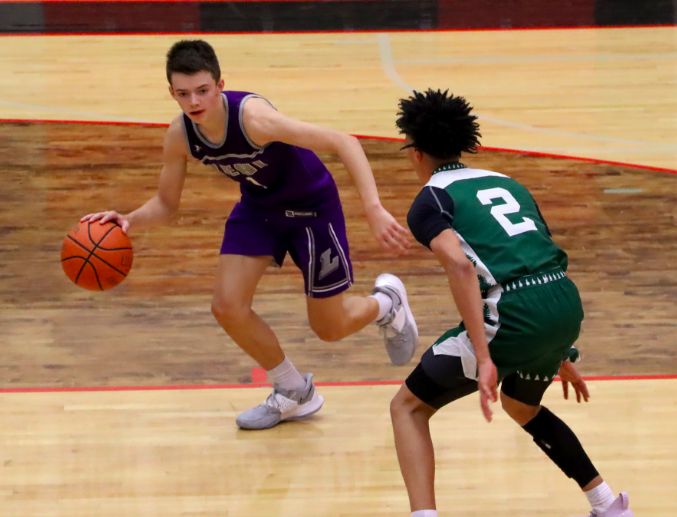 The Lehi High School boys basketball team is well on its way to preparing for next season after a busy spring and summer.

The Pioneers graduated five seniors from their 5A state championship squad and will be very young this coming year with only one returning senior, but they are not without talent. The JV squad went 15-6 and the sophomore team was 18-3 last season.

Playing against primarily Utah competition from multiple classifications in the spring, Lehi compiled a 13-6 record.

The Pioneers played six games in the round-robin Great Western Summer Classic in early June, which involved hundreds of teams playing at more than a dozen venues in Utah and Salt Lake counties.

Lehi played one Utah school, 6A Cyprus, and then five AAU travel or private school teams from other states in this event. They were competitive in every game, and in all but one the final margin was five points or less.

“This was a great local event which allowed us to test ourselves against very good competition,” said Lehi Head Coach Quincy Lewis. “These were big, talented teams with older players than we have, and we held up very well.

“Braxton Hawkins, Spencer Anderson, Bryson Bromley and Grayson Brousseau had a good weekend. I was very pleased with our progress,” he said. The first two are incoming juniors and the latter two are sophomores.

The Pioneers then went to the invitation-only Section 7 tournament in Phoenix, Ariz. on June 18-20. According to the event website, “Section 7 is a part of the June Scholastic Events that are sanctioned by the National Federation of High Schools (NFHS) and the NCAA.

The event included 192 teams from 12 states and was played in the NCAA Final Four Dome on 12 wood floors. Teams were placed into 16-team brackets based on competitive balance.

The Pioneers opened against Cathedral Catholic of San Diego, Calif. and won 62-50.

Next up was Sacramento High School, which won a nail-biter 58-57. Lewis netted 24, including 6-of-10 from long distance, and also had four assists. Junior Preston Varner added 13 points and six rebounds and Ruffner had seven boards.

The afternoon game was against Millenium, Ariz., and this time Lehi pulled out a 54-53 victory in another thriller. Lewis had 16 points in this contest, while Ruffner added 12 with four rebounds and Brousseau scored 11 with four boards.

The Pioneers finished up with St. Anthony of Long Beach, Calif. and lost by 14 points to the No. 51-ranked team in that state out of nearly 3,900 high schools. Lewis added 20 points to his impressive total for the four games.

“It was a tremendous event with the best high schools in the west attending and playing at State Farm Stadium in Phoenix,” Coach Lewis said. “Cooper Lewis, Preston Varner and Nixon Ruffner had excellent tournament play. It was a great experience for our team.”