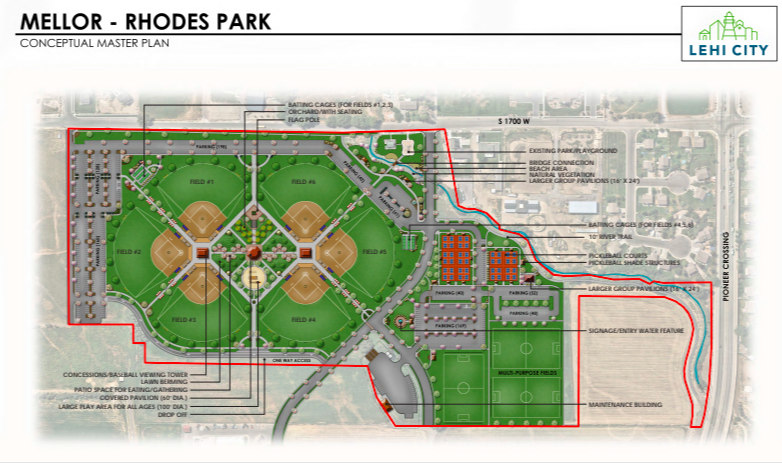 Lehi held a public open house on Thursday, June 17, on the Family Park (formerly Peck Park) site to get feedback from residents on proposed plans for Family Park and Mellor-Rhodes Park.

The open house was held by the Lehi Parks Department and PEC Engineers, the firm hired to design the parks. Mayor Mark Johnson was also in attendance to converse with residents.

The Mellor-Rhodes Park plan is a regional sports complex to include six baseball fields, three multipurpose grass fields, a 20-court tournament pickleball facility, playground, batting cages and pavilion. Currently, funds are not earmarked to begin funding the complex. The City Council’s recently approved 2021-2022 budget includes a potential $5 million for the park if the PARC tax is approved by voters in November.

Residents who would like to offer feedback may still do so on the Engage Lehi site. The City will then consider feedback and fine-tune the park plans for construction when funding becomes available.