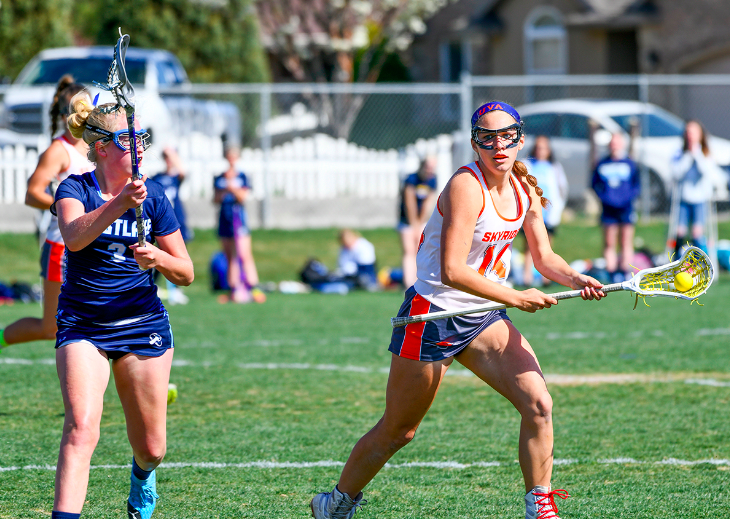 The Skyridge girls lacrosse team has earned an 11-1 record overall and sits alone in first place in Region 4 with an 8-0 mark, followed by Corner Canyon at 7-1 and American Fork at 5-3.

The Falcons suffered their solo loss in the second week of March and haven’t looked back since. Here’s a few highlights from each game not previously reported.

Sophomore attacker Haven Buechner led the way for the Falcons against the Caveman, posting nine goals and one assist while scooping up eight ground balls and causing one turnover.

In the tight contest against the Chargers, Rivanna Buechner shot perfectly with five goals scored, fielded 10 ground balls and caused two turnovers in the thrilling victory.

Haven Buechner went 8-for-8 in shots on goal with one assist while also fielding nine ground balls and causing three turnovers.

The Falcons spread the wealth around in this game. Eleven players scored and one more had an assist. Seventeen were credited with at least one ground ball and the team combined for 11 turnovers.

The Falcons shot very efficiently against the non-league foe Titans, converting on 13-of-15 shots on goal. Jenkins had six saves in the net.