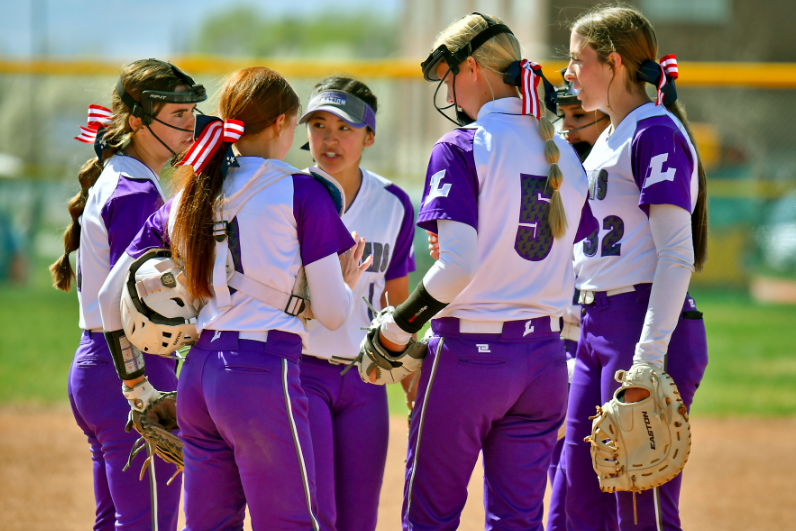 After winning two more league games and four overall in the past two weeks, the Lehi softball team has pulled into a tie for first place in Region 7 with Mountain Ridge.

The teams have 7-1 region records and will play each other for the second time on April 29. The Sentinels won the earlier contest, giving the Pioneers their solo loss in conference play.

Lehi’s scheduled game with Orem on April 15 was rained out and has been moved to the end of the regular season schedule on May 6.

As of Monday, the Pioneers were 14-8-1 overall. Here’s some highlights from the most recent games.

The Pioneers got into a hole early on the road, giving up four runs to the Chargers in the bottom of the first inning, but they never allowed them to score again. It still took until the top of the fifth for Lehi to take over the lead, making it 5-4 after a pair of runs.

The Pioneers went on to plate four runs in the sixth and six in the seventh to turn what had been a close game into a blowout.

Junior infielder Jamisyn Heaton had a pair of doubles among her three hits and also scored three times with three RBI. Junior left fielder Brooklyn Wiltbank had a solo homer in the contest.

The Pioneers were up 8-1 at the end of the fourth inning, but the Thunderbirds rallied to close the gap in each of the next three innings. Lehi had to score four runs in the bottom of the seventh to pull out the victory.

Once again, Beck was key for the attack. She homered twice among three hits, driving in six runs including the two she scored. Senior center fielder Ellie Cram, junior Maci Wall and Wiltbank also had home runs, and Heaton hit a double and a triple.

In the shutout against the Cougars, junior pitcher Grace Humes threw a four-hitter, striking out 11 and walking none on the way to a commanding victory on the mound.

Takahashi was 2-for-4 including a double, stole two bases, scored twice and provided three RBI. Heaton went 3-for-4 and also contributed three RBI.

The Pioneers led most of the way in this one. Lehi had seven hits to six for the Bruins, but five errors by the host school made it difficult for them to keep pace.

Takahashi scored three runs to lead the offensive assault. Freshman outfielder Madison Salisbury went 2-for-3, scored twice and had an RBI. Cram also had a pair of hits.