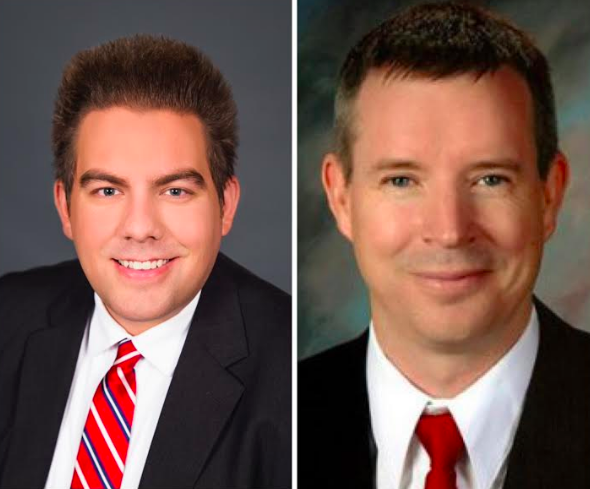 Beltran, the former party vice-chair, replaces Stewart Peay, who vacates the chair after serving since 2019. “I am honored to receive the confidence from Utah County delegates and am excited to get to work,” said Beltran. Peay looks to run for the chair of the Utah State Republican Party.

Beltran, 29, has lived in Utah for ten years. He attended Utah Valley University and is a real estate agent with Coldwell Banker. He currently serves as chair of the Lehi City Parks, Trails and Trees Committee and serves on the Utah County Board of Adjustments. He also is a part-time journalist with the Lehi Free Press weekly newspaper and affiliated news website: www.lehipointe.com.

According to Beltran’s website, his primary goal for the party is “to WIN elections. As we see radical ideas like universal income, taxpayer-funded abortions and open borders entering our political landscape, it’s more important than ever to ensure our community continues to defend the conservative values that make Utah County a great place to live.”

“There is a reason people keep fleeing mismanaged states like California and New York for conservative states like Utah, Florida and Tennessee. Let’s work to continue living with the principles of low taxes and limited government,” said Beltran.

Beltran lives in the Thanksgiving Point (Cranberry Ridge) area of Lehi with his wife, Kylie and their son, Madden.

Mac Sims, a software development engineer from Lehi, was elected to serve as vice-chair of the party. Sims is employed at Entrata. He is married, with a daughter and four sons, ranging in age from 9 to 19. He has lived 20 of the last 22 years in Utah County. Sims has been active in community outreach and service with several community organizations, including Boy Scouts of America, Community Emergency Response Team, Amateur Radio Emergency Service, Citizen Corps, and local charter schools. Sims has also been involved in local politics for several years.

In other convention news, delegates elected Amelia Powers Gardner to replace Tanner Ainge as the new Utah County Commissioner. Ainge’s resignation created a vacancy on the three-member Utah County Commission, requiring a special election. State statute dictates that the party of the resigning member administer and select the replacement for the former commissioner’s term.

Powers Gardner is the first woman to serve as a county commissioner in Utah County.

She will now resign her elected position as County Clerk, which will create another vacancy for the Utah County Republican party to fill within 30 days.