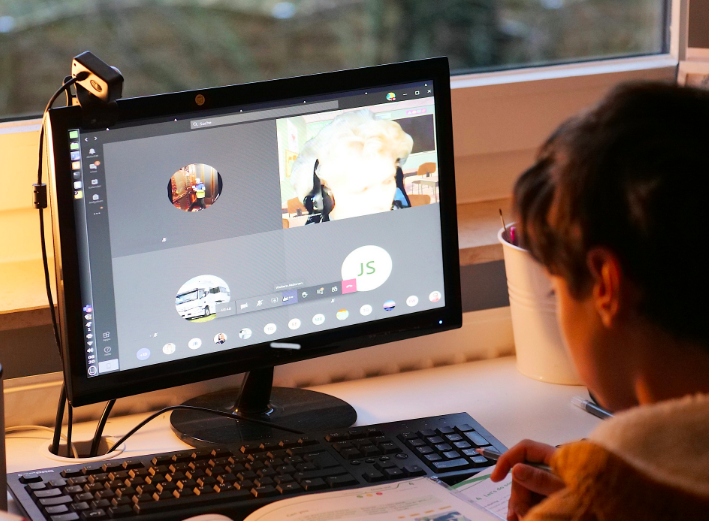 In a unique effort, MTECH, Micron, Lehi City and non-profit Computers for Kids have joined forces to gather used computers, refurbish them, and provide them to kids who need them for educational purposes. This Friday and Saturday, April 16-17, 2021, computers and other eWaste, will be gathered at MTECH from 8 a.m. to 3 p.m. The effort is part of Earth Day.

Those who donate items will be asked to stay in their vehicles while volunteers collect details for IRS tax deduction donation slips. A volunteer will direct cars to the drop-off/donation point. Organizers want donors to wear a mask during the process, and those gathering items will be wearing masks and observing health safety protocols.

All of the donated computers’ data will be safely erased, so there should be no hesitation about data security. “Nothing is going to happen to that data,” said Molli Wingert, from Computers for Kids, which has over 20 years of experience safely removing data from hard drives.

Computers for Kids is a Boise-based non-profit and is one of the USA’s leading technology refurbishers and has distributed over 50,000 computers to at-risk youth and low-income kids and students nationwide.

Micron Technologies has been a Computers for Kids partner for 20 years and has donated over 40,000 computers to the charitable cause. Micron Technology Utah’s Lehi campus donated their first 700 computers in October 2020 and is a major corporate sponsor in the effort. Last year, at MTECH’s Lehi campus, over 500 of the donated computers were distributed to Utah youth.

Computers for Kids has committed to making sure that computers donated in Utah stay in Utah.

Students who wish to receive one of the refurbished computers will be asked to write a simple essay explaining why they would like one of the computers. Students who receive one are asked to write a thank-you note to express gratitude for the gift. Often, Computers for Kids will customize computers for students’ needs. For instance, if a student is interested in graphic design, they might receive a computer with pre-loaded software or additional RAM.

“We want to make sure every student who needs a computer has one,” said Wingert. “Not just low-income kids, every kid.”

Area businesses are encouraged to contribute their used computers and other eWaste to the effort. Revenue gained from eWaste recycling helps Computers for Kids provide scholarships for computers for underprivileged and low-income students and keeps the program’s costs to a minimum.

MTECH is providing marketing, logistical and volunteer coordination for the event. Donors can enter MTECH from Ashton Boulevard and head toward the northern parking lot where the MTECH trucks are located near the big warehouse. Volunteers will be visible to guide donors along the way.

Volunteers are being sought as well as businesses that would like to participate.

If a company wishes to donate bulk computers or eWaste, contact Computers for kids to arrange a free-of-charge collection. Call (208) 345-0346.

Those who wish to volunteer may visit https://www.cfkutah.org/volunteering.