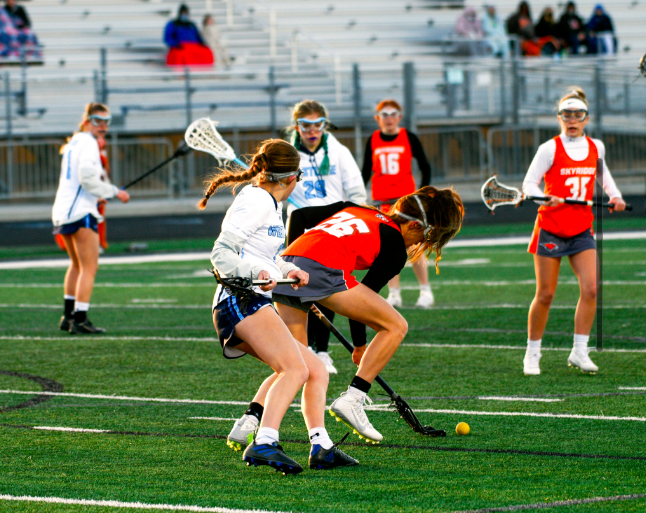 The Skyridge girls lacrosse team has earned a 4-1 record to open the spring season. They got a big win in their first game at Copper Hills on March 8 but dropped the next one to Park City at home on March 10.

Since then they have rolled to victories over Herriman on March 17, Westlake on March 30 and Lone Peak on April 1. These last two give them a promising 2-0 lead in the Region 4 race. Here’s a few highlights from each game.

Junior attacker Kaylie Cooper scored three times, and junior midfielder Erynn McCurdy found the net on both of her attempts and also made three assists.

Rivanna Buechner had three goals and fielded five ground balls in the unsuccessful effort against the Miners. Cooper had the other two scores.

Senior goalkeeper Gretchen Jenkins had 10 saves against the Mustangs to help her team to the victory. Haven Buechner scorched the net for eight goals and collected six ground balls in the contest.

Jenkins had nine saves to once again help preserve the win against a league foe. Gibson led the defensive effort with eight ground balls and five caused turnovers while also scoring once.