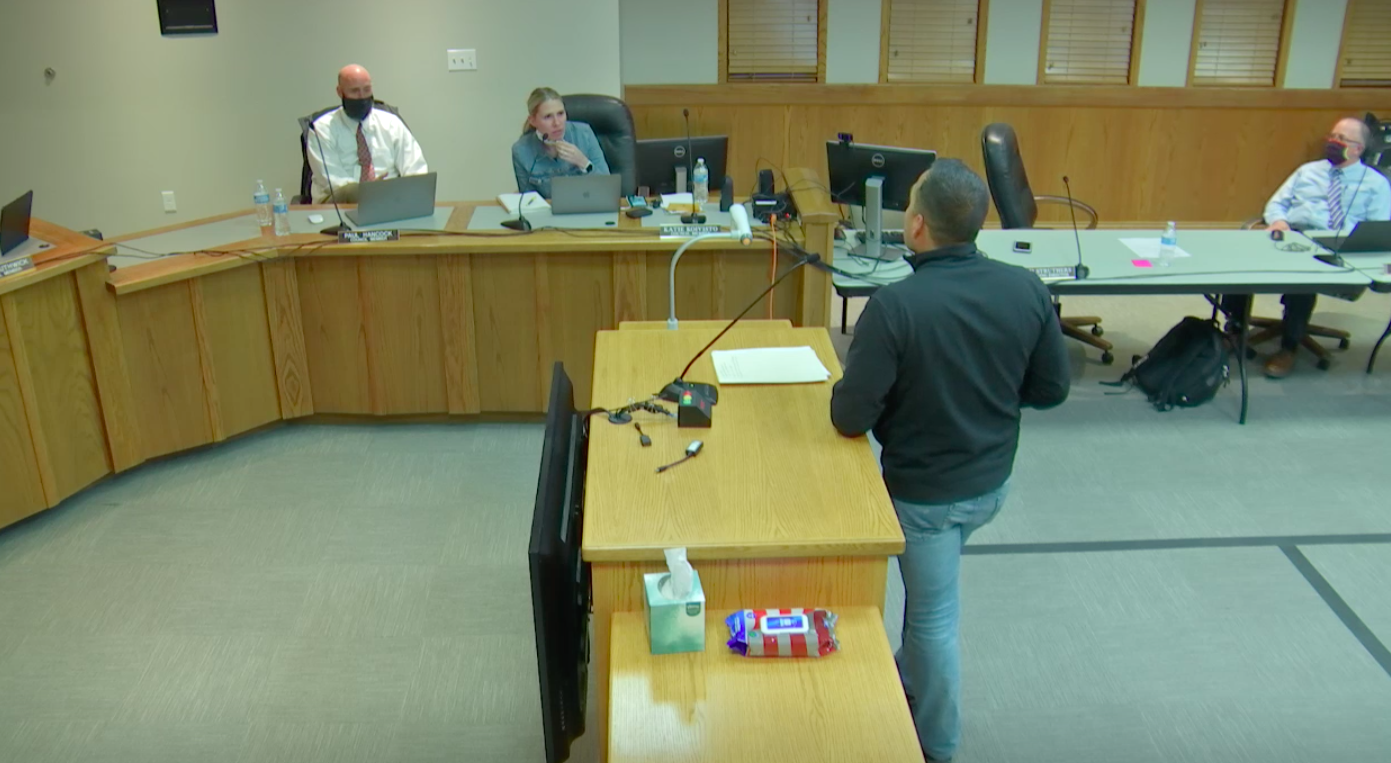 Ever since her campaign kickoff in the summer of 2019, Lehi City Councilwoman Katie Koivisto has been the most outspoken member of the Council. Some residents have found her to be a refreshing voice; others see her as brash and confrontational.

During the Tuesday, March 23 City Council meeting, one applicant chose to confront Koivisto about what he claimed was inappropriate treatment at Council meetings.

The applicant, Danny Gutierrez, has attended several meetings over the last few months to move a 45-lot residential development through the approval process. The single-family home subdivision is located at 1452 W and 900 N. The project’s approval process took longer than usual as several residents expressed concerns with road improvements, street connectivity and water drainage. Gutierrez presented to the Council on Tuesday, asserting that all issues had been mitigated and said he had obtained signed agreements from surrounding neighbors confirming their satisfaction.

To conclude his presentation to the Council, Gutierrez made a statement addressing Koivisto and other Council members.

“It will be. We have to finish this process,” said Gutierrez.

Mayor Mark Johnson attempted to intervene and move the agenda forward but was interrupted by Koivisto, “I spoke, and I didn’t interrupt anyone. It’s not fair, and it’s not right. I get a chance to finish what I need to say.”

Koivisto continued, “there are things that I don’t get my way on the Council, and there’s things you aren’t going to get your way on, but that doesn’t mean that I’m wrong or that’s it’s inappropriate or wrong for me to say that. I think that’s inappropriate for you to say that, and that’s my opinion, and that’s ok,” concluded Koivisto.

Mayor Mark Johnson then addressed the issue. “These are sometimes highly emotional issues. I’ve been through this for a lot of years. I’ve been where you’ve [Gutierrez] stood before I was a Council member, so I know how difficult these are. Let’s just say we’ve reached a point on this development where we can just move forward, and we have a resolution that works for everyone.”