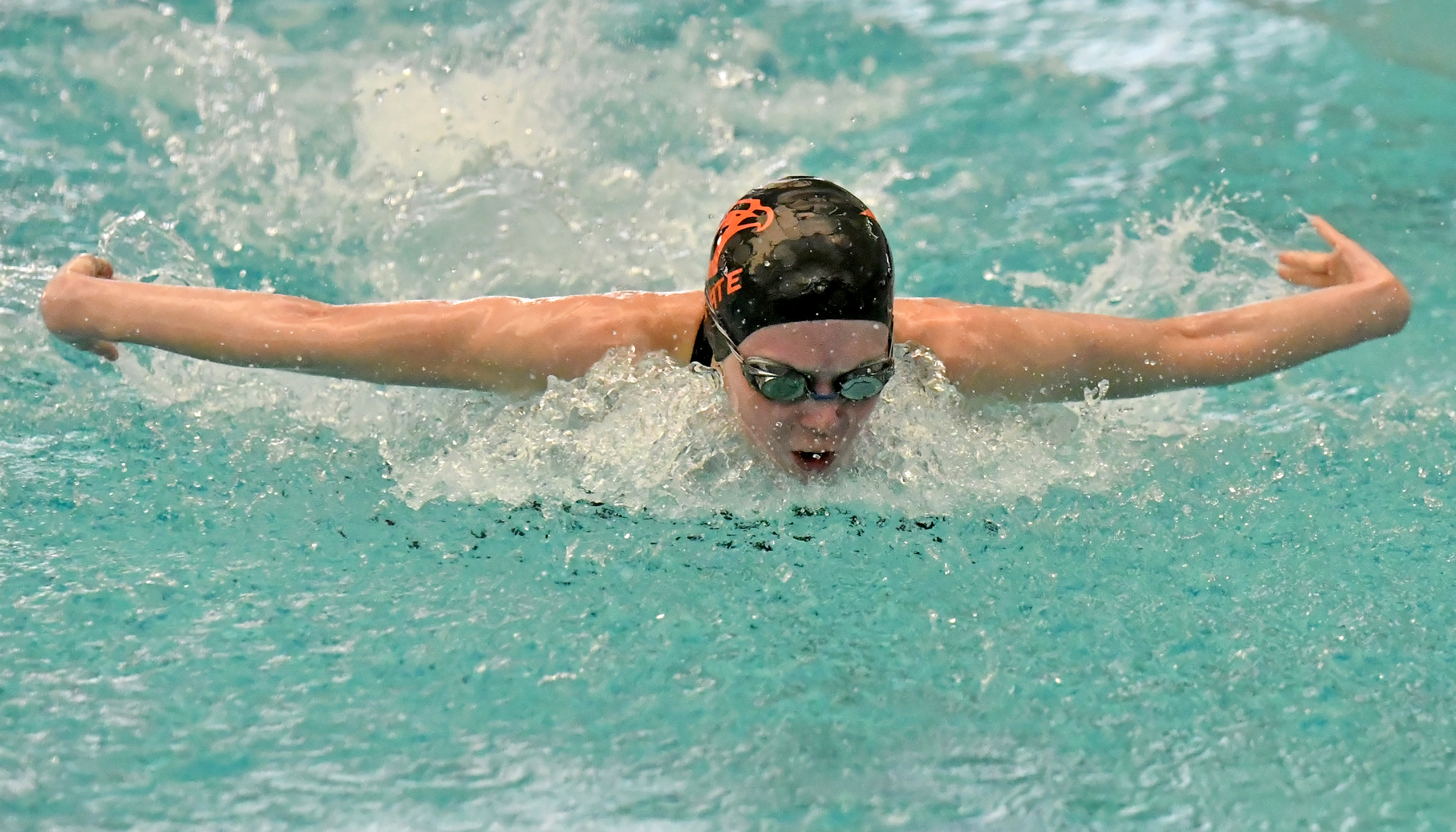 Skyridge’s Dani Cannon competes in the 100-meter butterfly during the 6A state meet on Feb. 20. (Photo: Matt Paepke)

The Skyridge swim team came in eighth in the girls team totals and 17th in the boys team rankings at the 6A state meet, held at the Kearns Oquirrh Park Swim Facility on Feb. 19-20.

Leading the way for the Falcons was junior Katie Andrist, who won two gold medals and was honored as the 6A Swimmer of the Year.

She set new 6A state records in the events where she finished first. In the 200-yard freestyle, she earned a mark of 1:56.27 in the preliminaries and 1:56.29 in the final, both of them eclipsing the previous record of 1:57.09 set two years ago by American Fork’s Allie Hill.

Andrist outdistanced all of her competition in the preliminaries of the 500-yard freestyle, prep swimming’s one endurance race. Her mark of 5:04.47 was nearly 14 seconds faster than the next finisher, who happened to be Hill. She set the previous 6A record of 5:09.33 last year.

Andrist didn’t quite reach her earlier time in the finals, but her 2:08.23 was still better than the old record and good enough for the gold medal by nearly five seconds.

Teammate Cierrah Scholes, a senior, came in 15th in the latter event. Sophomore Anya Clark got a fifth-place medal in the 100-yard breaststroke.

Senior Connor Seppi came in 13th in the 100-yard backstroke, and fellow Falcon Spencer Stowers, a sophomore, followed him in 14th position. Senior Andrew Davidson also bettered his time from the preliminaries while earning 16th place in the 100-yard freestyle.

American Fork won the boys team title with 216 points, followed by Westlake at 203 and Corner Canyon at 181. The Falcon boys earned 45 points.