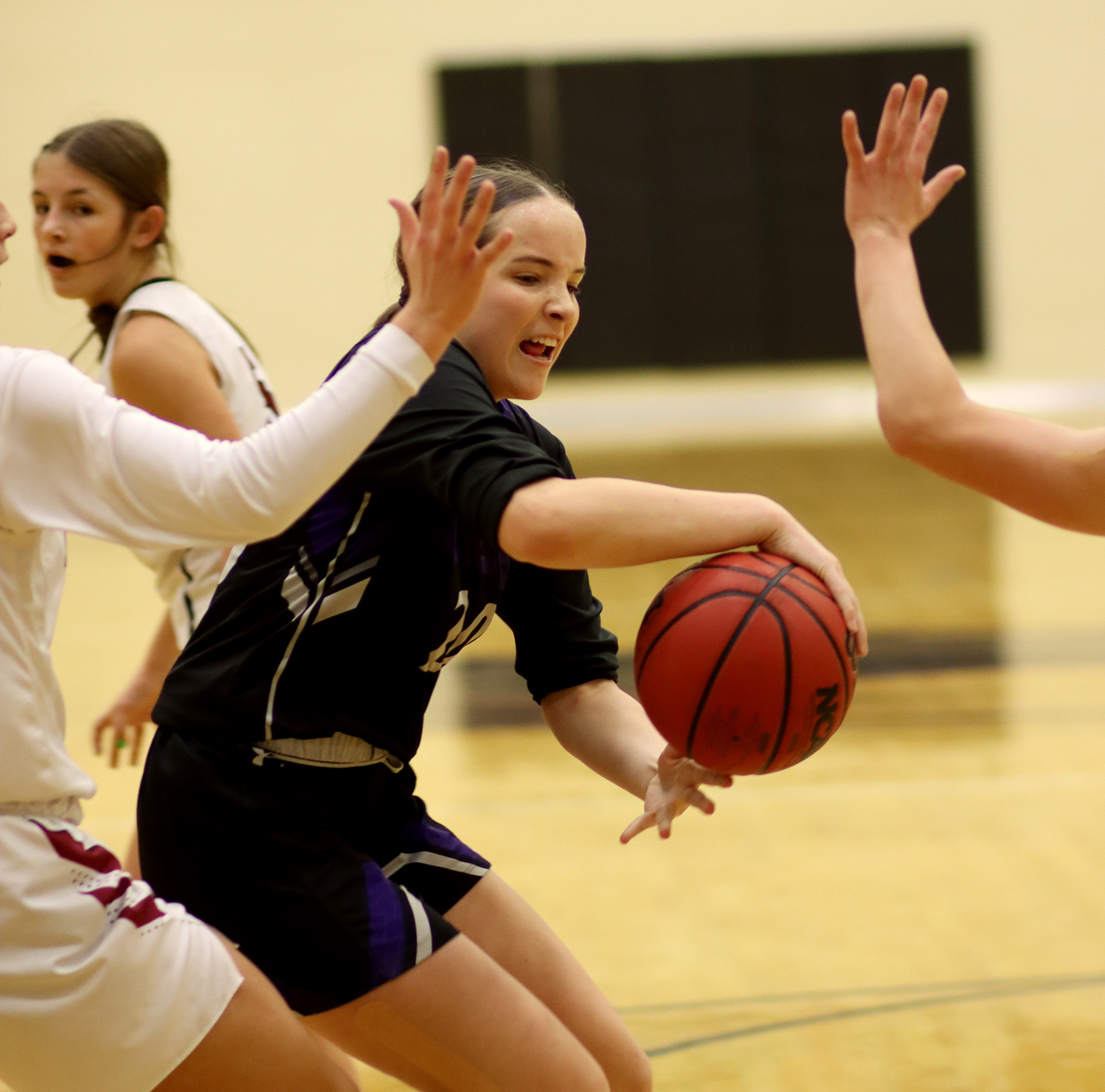 The Lehi girls wrapped up their third consecutive Region 7 basketball championship this past week after defeating Timpview on Feb. 9, then went on to top Mountain View on the road Feb. 11.

In a game that was closer than the scoreboard indicates, the Pioneers battled through three quarters with the Thunderbirds but surged in the fourth period to put the game away.

Lehi led 14-10 after the initial quarter and 29-22 at the break. The advantage was still only five points heading into the final period, but the Pioneers outscored the visitors 25-12 down the stretch to make it look like an easy victory.

“We played a great game against a great Timpview team,” said Lehi Coach Sean Seastrand. “It was really intense all night. We pulled away late so the final score doesn’t do justice to how close it was. It felt like a playoff game.”

The Pioneers weren’t as effective from long distance as they typically are, so they had to work a little harder inside the paint.

“The highlight tonight was winning the region championship for the third straight year,” Seastrand added.

Against the Bruins, the Pioneers played four points better than the hosts in each quarter to build the 16-point final margin.

Both squads started hot on the offensive end and the period finished with Lehi ahead 19-15. The teams muddled through the low-scoring middle quarters but showed a little more offensive spark in the final period.

Maddie Warren netted 17 points including three triples with seven boards. Heaton came up with a big 16 points plus seven rebounds and a pair of deflections. Macie didn’t score much but had six boards, six assists and two steals.

“It’s always fun for me to be back at the Mountain View gym, where I went to school,” Seastrand said. “I’m glad we could pull out a ‘W’ here.

“Mountain View played great and it was a fun game,” he continued. “The highlight tonight was Hadlie Warren, a freshman, getting into her first varsity game with her two sisters, Macie and Maddie. Not only that, but she actually got her first varsity bucket, assisted by her sister Maddie,” he said.

The bench erupted in cheers when Hadlie scored. The bucket was made more impressive by the fact that the younger sister is strikingly smaller than her older siblings at this point, but she does seem to have the same shooting touch.

Related Topics:latest
Up Next
Don't Miss