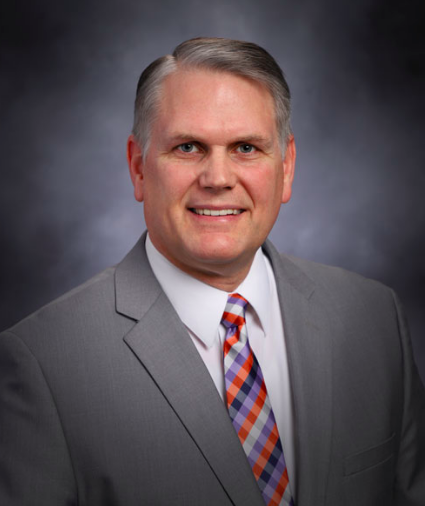 Scott Carlson served on the Alpine School District (ASD) Board of Education for eight years, with two years as board president. When asked about what he learned to appreciate about students, parents, and employees while a member of the ASD Board of Education, Carlson said, “The students give me great hope and confidence in the future. I am impressed with their individual efforts to make a difference. The ASD employees are so committed to their students and to carry out the vision for student learning.”

Regarding community service to schools, Carlson added, “So many parents and grandparents volunteer in our schools and give whatever they can. Education in Utah could never be successful without such dedicated families. When I hear concern from parents (and there have been many), I know that they are sincerely expressing worry they have for their child. Their concerns are real, and we try to address each situation because we know it matters to that student.”

Carlson described the highlights and sacrifices of service on the board, “Serving on the board required much more time, energy and money than I originally thought it would. Serving as board president took it up another notch. We really did not need to add COVID into the mix. But, despite all that, I served because I believe in helping students. I expect the future returns on this investment will be worth much more than I ever gave.”

Some of the most memorable times in Carlson’s service included seeing more than 5,000 students graduate from Lehi and Skyridge High Schools, and about 40,000 graduates from the district. As board president, he signed more than 6,000 certificates honoring students and employees for their accomplishments. In his view, that was the best reward for his service.

Carlson also noted that he had seen the construction of seven schools in Lehi and dozens more throughout the district. He is also grateful that state funding (inflation-adjusted, per-student funding) has finally returned to pre-recession levels. Regarding compensation and class sizes, he concluded, “We have committed funding to improve employee compensation and to reduce class size. The past eight years have had increased compensation amounts for teachers and support professionals that have never before been seen in ASD.”

He offered advice and thanks to families in the district, “Never give up on students, on each other, on your family or yourself. Don’t let challenges (even pandemics) get you down. Together we can emerge stronger and better than before if we are a united team and lift as one community. Thank you for your continued service in your own home and in our schools.”

Carlson led his last district board meeting on Tuesday, December 8, 2020.