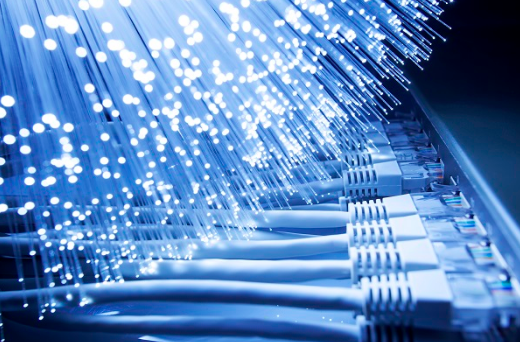 Lehi residents have been asking for improved internet connectivity or citywide fiber internet for years, and it’s finally coming. The Lehi City Council met Tuesday with all members in attendance for a work session and their annual Christmas dinner. The work session included a final discussion about a bond to fund a fiber optic network within Lehi City, with the official action set for a vote at the next Council meeting on December 8.

In March, the City hired Magellan Advisors, a Denver based consulting group, to submit a feasibility study and plan for citywide fiber. The cost of the study and plan was $75,000.

According to the signed contract, the scope of work included:

1. Understanding the infrastructure and market.

2. Review the federal regulatory process for a fiber network.

Along with the Magellan feasibility study, the City contracted financial advisement from Laura Lewis, a principal in a Salt Lake City consulting firm. Lewis also serves in an advisory role to UTOPIA Fiber and has been involved in multiple municipal fiber launches over the last 15 years.

On Tuesday, Lewis presented the Council with a $64 million recommended bond proposal. The bond will not incur a tax increase and will use revenues from future fiber subscribers and the potential for limited sales tax usage.

“The expectation is that telecommunication revenues will pay for the debt. Think of the sales tax usage as kind of like co-signing on your kid’s car loan. You don’t expect to be called on for that, but it brings the interest cost lower,” said Lewis.

Lewis also assured the Council that using sales tax as a backing for the bond wouldn’t inhibit future projects requiring sales tax funding like fire stations or parks, because of the limited amount of sales tax requested for the bond proposal.

“I like that it isn’t tying up the whole sales tax. So, we do have flexibility,” said Councilman Paul Hancock.

No council members expressed concern at Tuesday’s work session, so the $64 million bond is expected to receive a final affirmative vote. However, Councilman Hancock wanted to make clear that this approval doesn’t indicate whether the City or a third party like UTOPIA would run the fiber network once completed.

“We are moving forward that the City is going to build the network, but this doesn’t necessarily lock us into who will do the engineering, who will do the build-out, or who will do the customer service. Those discussions will still be happening and will be finalized over the coming months,” said Hancock.

The City Council will likely approve the bond on Tuesday, and the bond is anticipated to be issued in late January. The City will begin the project shortly after bond issuance in early 2021.