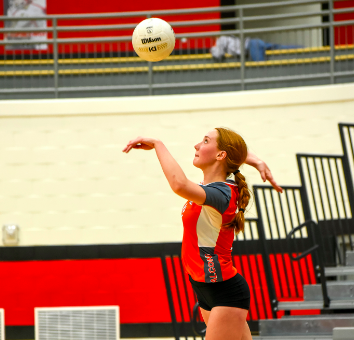 The Skyridge volleyball team tallied two more losses in rugged Region 4, falling to American Fork 3-2 on Oct. 20 and then suffering a sweep by Pleasant Grove 3-0 on Oct. 22.

The match against the Cavemen was a battle, and the Falcons came out on top in two extra-point sets 27-25 each in Games 1 and 2.

American Fork turned the tables in the third set and pulled out a 25-23 win, then went on to breeze through the fourth game 25-13. The final set was competitive, but the Cavemen were able to close out the match with a 15-11 victory.

“We’re super excited about the opportunity to play at State,” said Coach Deanna Meyer. “It’s time for us to step up and be the team I know we can be.”