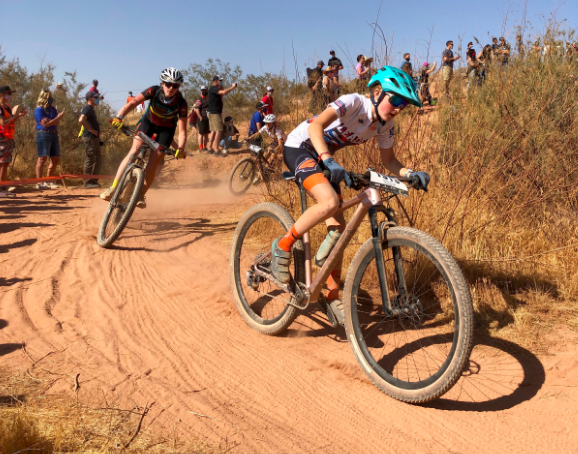 The two Lehi-area mountain biking teams wrapped up the fall competition season by placing second and sixth at the state competition in St. George Oct. 23 and 24.

The Pioneers finished a very close second with 2196 points, just four behind Timpview in Division 2.

In Division 1, Skyridge’s younger bikers performed very well but the team finished in sixth place with 4308 points, just 11 points out of fourth place. Lone Peak was the overall winner with 4522 followed by Corner Canyon at 4513 and American Fork at 4382.

Individual riders had to qualify to compete at the state races during the regional events of the past several months. There were 1,732 competitors total in the state events, each racing in the division in which they participated during the rest of the season.

Riders are awarded points based on how they finished in their events, and the points earned are combined to get the team totals: the top 16 scores for Division 1 and the top eight scores for Division 2. Points are graduated for the level of the races as well.

Listed below are those whose scores factored into their team totals, in order of the points earned (highest first) with the division in which they competed and their place in that specific race.