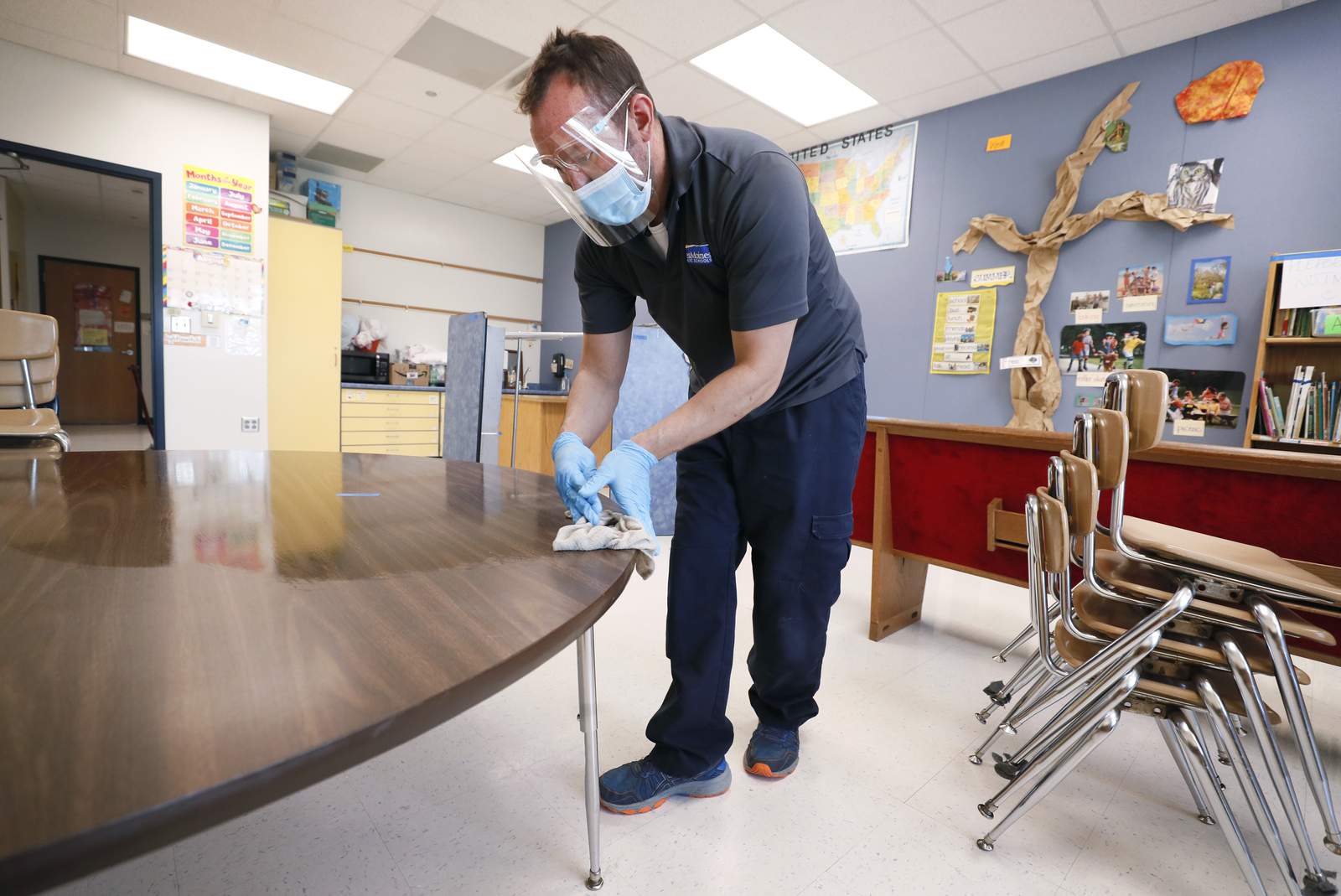 There are many groups whose unique and critical contributions to public safety during this year’s pandemic have been well recognized.

To the obvious list of public responders, police and fire personnel, medical workers and government health employees have been added others who in the past were probably not recognized as “essential” workers but whose necessity during the present crisis has finally been acknowledged: grocery store and pharmacy workers, service station employees, public transportation personnel and so forth.

With the alterations to the practice of education necessitated by the virus, schoolteachers and administrators have been properly added to the list as well.

However, there is one group that isn’t often mentioned but whose role in creating a safe environment for a significant portion of our population is underappreciated and irreplaceable: our school custodians.

Few jobs have been altered as much as theirs by the success of this insidious virus. Here’s how the maintenance supervisor at one high school described the differences.

“My job has changed from a maintenance-based job to a safety-based one,” he said. “I used to have to fix many issues inside and out at the school but now those items are to be completed only if they are classified as an emergency, such as a broken main water line or electrical safety issues.

“We are now entirely focused on preventing the spread of COVID-19,” he continued. “This entails wiping down all highly-touched surfaces after each class period. We have also been in charge of installing touchless drinking fountains where kids can fill their water bottles.

“We’ve had to set up touchless hand-sanitizing stations throughout the building,” he went on. “We also make sure we provide the teachers with disinfectant and rags so they can wipe down all the desks, chairs and computers after each class. We have installed air purification equipment in large areas, and we have to carefully clean the stadiums and gyms for every game that’s played.”

It’s to this last function that I want to direct particular attention. We’ve been very excited here in Lehi that for the most part, our kids have been able to stay in school and extracurricular activities have been able to continue with appropriate modifications.

But have you ever really thought about what it takes to keep a gym or a stadium clean, let alone sanitized?

It’s truly hard to imagine, if you’ve never done it, but I have. I spent one of my high school summers working the grandstands at the Illinois State Fair, and it was an education.

We had to clear a mountain of trash after every event and clean the seats from spilled soda, melted candy, chewing gum (virtually impossible to remove from the ground, if you’ve ever tried), and a number of other truly gross things I won’t even mention.

I can’t even fathom what it would take to disinfect such a place, but seeing a custodian spraying down the stadium bleachers one day made me think about it.

The mother of one junior high worker told me her son is at his job hours later than he used to be and comes home so exhausted that he sometimes falls asleep before he can even finish eating dinner.

Given the tenacity and pervasiveness of this particular virus, it’s a remarkable feat that our schools have been able to remain open with activities continuing for as long as they have.

You can thank not only the teachers and administrators, who’ve also had complications and burdens added to their jobs that no one ever envisioned, but the school custodians as well.