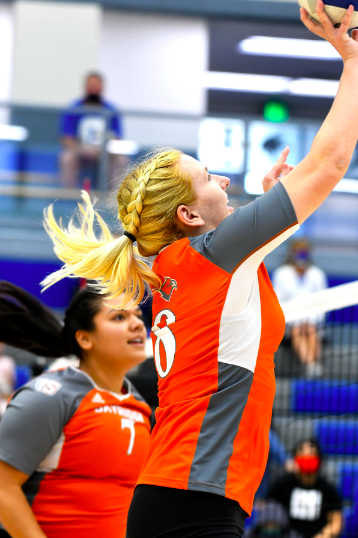 With three of the top four ranked teams in 6A residing in Region 4 and one more in the state top 12, the Falcons are finding it difficult to get much traction in league play.

They fell to top-ranked Pleasant Grove 3-0 on Sep. 29. They managed to win a game against Corner Canyon on the road Oct. 1, but the Chargers eventually prevailed 3-1.

In the serve-receive category, senior outside hitter Caitlin Rupp had 30 while sophomore outside hitter Madison Standifird tallied 11 and freshman Eve Nawahine 10.