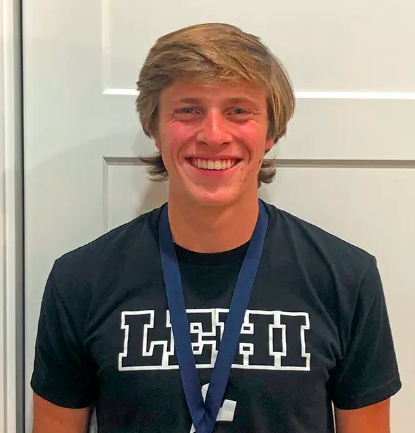 The Pioneer varsity boys earned fourth overall, while the varsity girls were fifth and the team came in fifth in both the JV boys and girls races as well. This was an addition to the schedule after the Park City event was cancelled.

Junior Tyler Martin was the next Lehi runner across in the boys varsity race in 14th place. Senior Zachary Sorensen was 22nd, with sophomore J.J. Duvall contributing 29 points and sophomore Ruel Shelley adding 32 for the team total.

In the varsity girls race, senior Hailey Barlow finished 10th at 18:56.2 to lead the Pioneers. Freshman Mia Richards was 20th followed by senior Annalee Gray with 34 points, sophomore Sasha Brierley with 36 points and sophomore Emma Jorgensen with 38 points to round out the counted scores.

In the JV races, sophomore Freemen Norton was first in for Lehi at 27th, while on the girls side, sophomore Rosa Welch was 30th.

The Pioneers also competed at the Wasatch Invitational on Sep. 11. They were sixth in Section 2 varsity boys and eighth in Section 2 JV girls at this event.

McMullin finished seventh as the top runner for the Lehi boys and freshman Camree Kenison was first in for the Pioneer girls in 48th place.