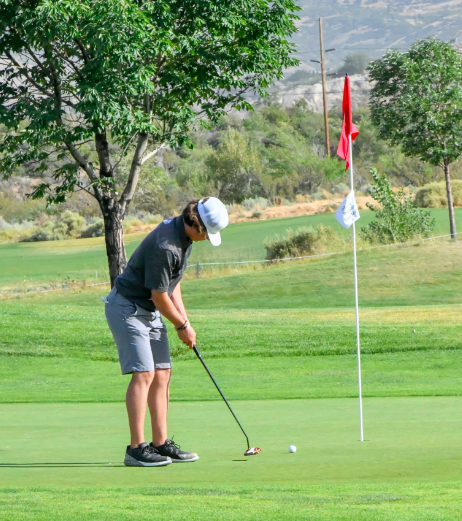 The Skyridge boys golf team came in second with a 299 at Thanksgiving Point Golf Club on Sep. 18 and earned third place with a 302 at Old Mills Golf Course in Holladay on Sep. 15.

Senior Eli Beck led the charge for the Falcons at Thanksgiving Point with a 71. Carter Frisby shot a 74 along with Todd Newbold, and Lars Beck rounded out the counted scores at 80.

Preston Branham was right behind with 81 and Braydon Gagon, Gavin Hansen and Aaron Jensen also played the course that day.

Skyridge tallied four scores in the 70s at Old Mills. Frisby posted the best round for the team with a 71, followed by Beck at 74, Hansen at 78 and Newbold at 79. Branham, Luke Gibson, Beck and Gagon all earned marks in the 80s as the rest of the team’s participants in this event.