Voters to decide future of Utah County government with Prop 9 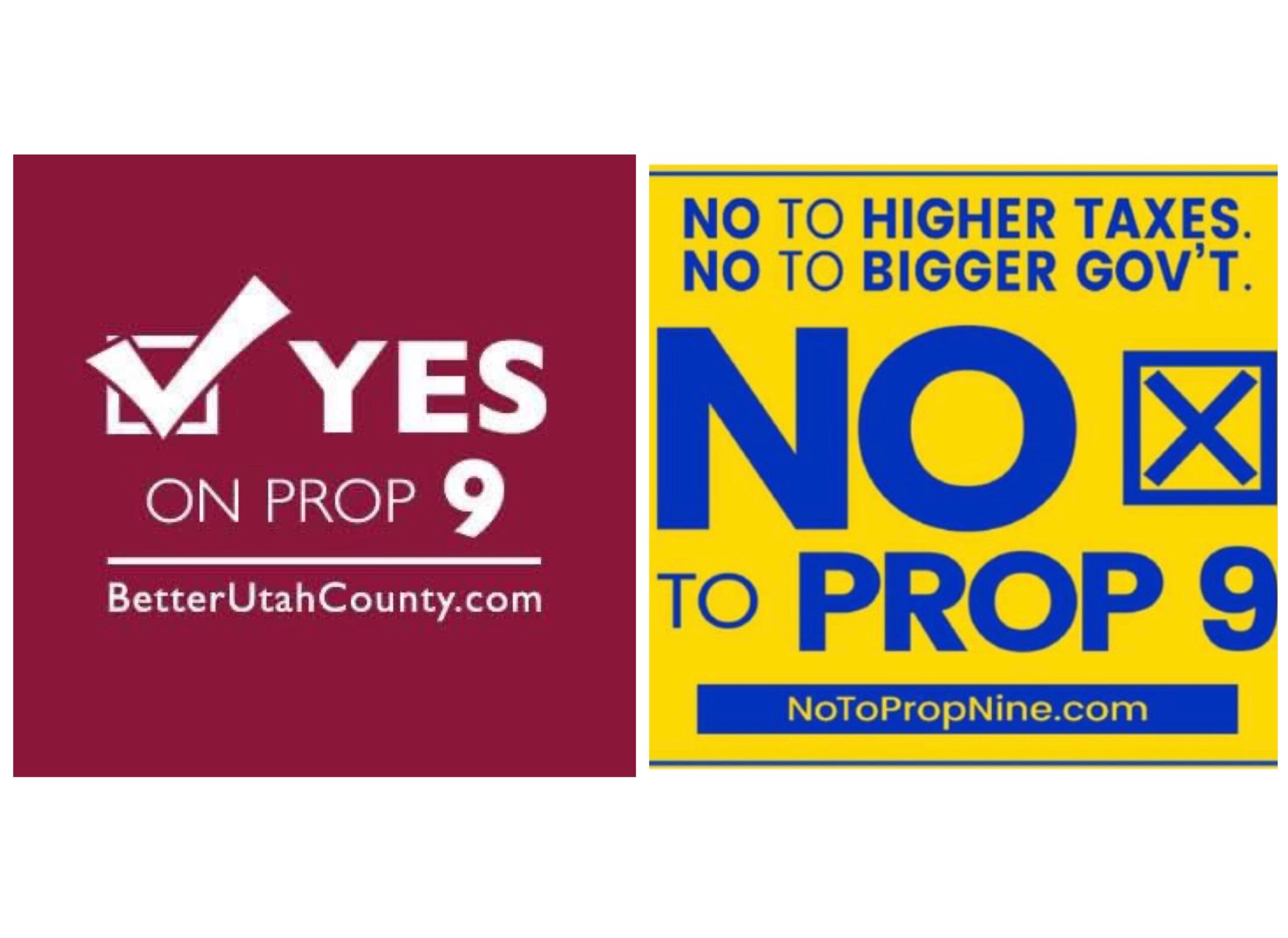 Election Day 2020 is less than 60 days away. In a year like no other, we’ve seen a pandemic, forced economic closures, changes to traditional schooling, canceled events and political discourse as high as ever. Voter turnout is sure to be record-breaking.

One of the most hotly contested ballot items this year is Utah County Prop 9. The ballot initiative added to the ballot by County Commissioners Tanner Ainge and recently ousted Nathan Ivie, would bring major change to the government structure of Utah County.

If the proposition passes, the Utah County Commission would move from its current full-time at-large three commissioner structure, which oversees both executive and legislative responsibilities and convert it to a mayor and council system. The new structure would include a full-time mayor and five part-time council members to represent geographic districts in Utah County, along with a full-time deputy mayor and full-time council assistant.

Currently, the three commissioners each receive a full-time salary of $119,444 with $46,251 value in benefits. Each commissioner also has a full-time policy advisor, each making $74,000 annually with $33,148 in additional benefits contribution.

Although the change is being marketed by supporters as saving tax-payer money, many residents are concerned the numbers aren’t realistic and cite the ballooned government of Salt Lake County as an example. The Salt Lake County Mayor’s office has drastically increased its executive office size since 2013. Under former Mayor Ben McAdams, now congressman for Utah’s 4th Congressional District, the Deputy Mayor position increased from one person to four Deputy Mayors. Since McAdams’ departure, current Mayor Jenny Wilson has increased deputy mayor positions from four to six, with the highest-level position bringing in $276,000 a year including salary and benefits.

“Sell the benefits of the change of government and how it benefits Utah County as a whole but selling it as a cost-savings is like selling oceanfront property in Arizona. It speaks contrary to logic,” said Mapleton City Councilwoman, Leslie Jones.

Yes on Prop 9 supporters, led by Cedar Hills Mayor, Jenney Rees, who has been linked to a potential run for the county mayor role if passed, has also touted the proposition as a form of government that will provide better representation for the surging population of Utah County.

“Having served as a city elected official in Utah County for almost nine years, I have seen firsthand that our current form of county government doesn’t work well for a county of our size,” said Rees, who favors geographic district councilmembers, opposed to the current at-large system.

Opponents argue that district representation leads to narrow focus and neglects the larger populous. They suggest that a councilor could tax the at-large county base and then lobby for funds in their district, ultimately taxing most people who don’t live in their represented district.

Opponents also argue that they prefer the three full-time Commissioners over part-time councilors, citing a lack of attention and or a heavy reliance on bureaucratic support staff in making legislative decisions.

Current County Commissioner and outspoken advocate for the change, Tanner Ainge, argues that the current structure gives just three people too much power and control over the County, especially given the history of contention and controversy that has plagued the Utah County Commission for many years.

Proposition opponents challenge the theory that power will be separated in a new system, as the mayor’s authority has the potential to be far-reaching, such as recently seen with Salt Lake County with Mayor Jenny Wilson signing emergency declarations and mask mandates.

In the proposed change, the mayor would have specific authorities, including veto power, but the Council would have the ability to override executive decisions.

“Consolidating more power in the hands of one person (in this case a mayor) will lead to the same issues seen with a strong mayor in Salt Lake County. Political power nearly always consolidates upward. It’s a natural trend. That’s not a good thing and will only trade one set of issues for another set of issues,” said Saratoga Springs resident, Taylor Williams.

Residents will experience advertising messages, discussions and social media interactions on this divided but non-partisan proposition now through election day, but the final word is ultimately up to Utah County voters on November 3.