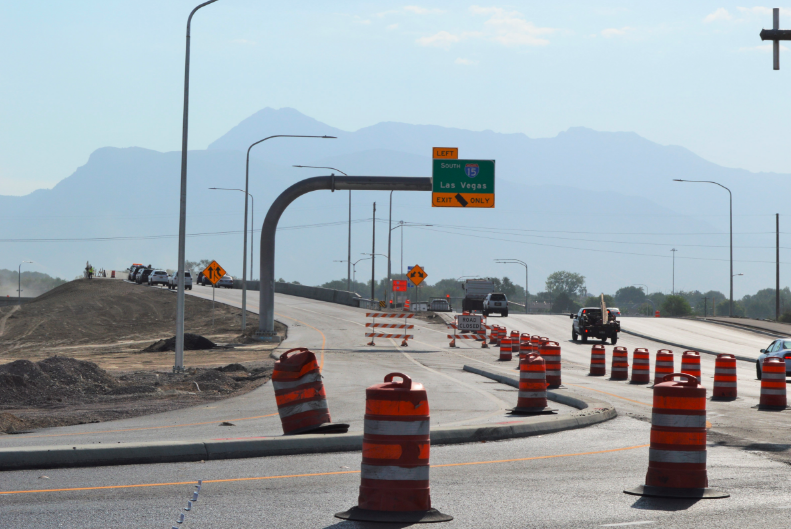 Lehi drivers will face fewer orange barrels and road closed signs as they enter I-15 going south starting Tuesday, August 25. The southbound I-15 flyover ramp at 2100 North opens Tuesday evening and a new southbound I-15 on-ramp on Thanksgiving Way just south of the Triumph Bridge is scheduled to open on Wednesday, August 26.

The Utah Department of Transportation (UDOT) has been working on the I-15 Technology Corridor, a massive overhaul of the stretch of freeway between Main Street and SR 92 in Lehi, for the last two years and the project is scheduled to be complete this fall. “This is a big feature, we’ve been working hard on this for quite some time and it’s exciting to see it open,” said Boyd Humphreys, UDOT I-15 Technology Corridor project director.

The coronavirus pandemic and subsequent quarantine presented new challenges for UDOT workers, but it also allowed closure of lanes without disrupting commuters when fewer cars were on the road.

The new on-ramp by Thanksgiving Point will be a game-changer for commuters who work in that area. “People will be able to get on the freeway going south from the Frontage Road on Thanksgiving Way and avoid the 2100 North interchange altogether. It gives drivers another option,” explained Humphreys.

As construction on the freeway on-ramps has continued, Lehi residents have had to pay close attention to the constantly changing lane routes. “This is going to be a little bit different getting on the freeway going southbound now. We ask drivers to be alert and patient and drive the speed limit,” said Humphreys.