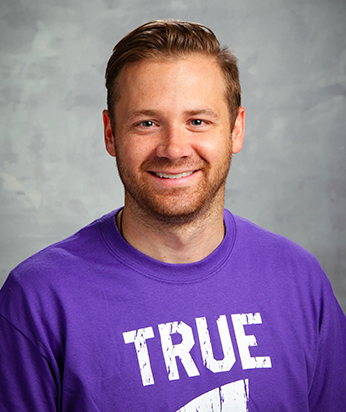 Outgoing coach Aubrey Van Pelt is leaving the school because of a family move. “Aubrey has done a tremendous job with our program and she will be missed,” said Lehi principal Doug Webb.

“However, we are excited to have Sean Seastrand as our new head girls basketball coach, and we’re grateful for all the support of our community during this transition.”

Seastrand brings a decade of coaching experience to his new position, including eight years at Lehi. He was a general assistant to Coach Bob Barnes for three years and then spent five years on Coach Sean Yeager’s staff as the JV head coach.

When Coach Quincy Lewis took over the boys program in the spring, Seastrand signed on with him and worked with him throughout the summer.

“I learned a lot from him in one off-season, but the girls job opened unexpectedly,” Seastrand said. “We agreed it was a good move for me to join a really good team.”

The Pioneers have reached the semifinals for the past three seasons and have a group of seniors who have played together since they were freshmen. Their goal for this season is to get over the hump and make it to the final.

“I’ve been preparing for this opportunity for 10 years,” Seastrand said. “I’m ready to join them and see what we can accomplish.

“Aubrey has done such a wonderful job with that program that I feel very fortunate to be able to walk into the well-oiled machine that she has built,” he continued. “A lot of credit goes to Aubrey and her staff for the progress they’ve made the past few years.”

In the few days since his appointment, Seastrand has settled in comfortably. He has already met with his new players and knows most of them from seeing them in the classroom. “It always helps to start with a relationship of mutual respect and trust as a building block,” he said.

“There’s some mutual excitement there,” he added. “It was a fun afternoon to walk in the gym as a head coach for the first time. I’m looking forward to a great season.”

Volleyball season preview: Pioneers looking to push to the top

Lehi man on mission to bring a pickleball complex to Lehi