Lehi Businesswoman Elva Tingey Romrell, a woman ahead of her time 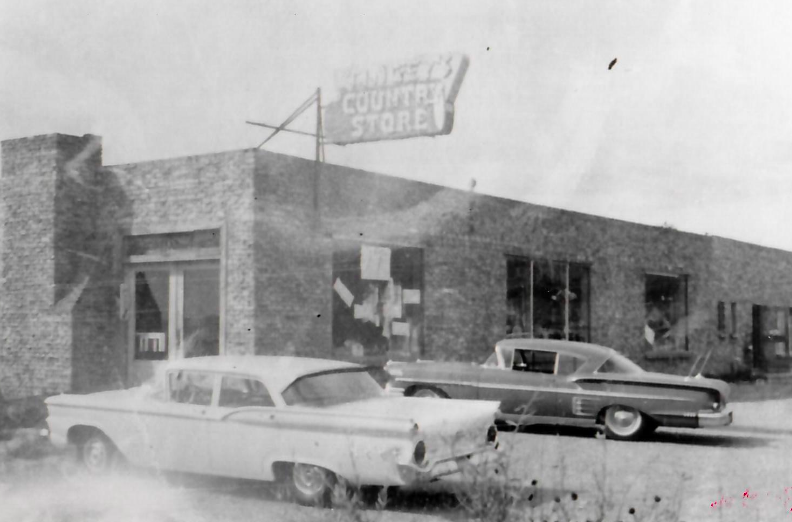 Elva Tingey had a voice that many old-time Lehi residents would recognize in a minute. As founder and owner of Tingey’s Country Store (currently the home of Rodworks in West Lehi), her advertisements were often heard on local radio stations during the 50s. Her raspy, downhome spiel was iconic as she promoted her store, located “3 ½ miles north of Lehi on Highway 91.” It was rumored that a national advertising company tried to hire Elva to make commercials because of her unique voice. This was not Elva’s only venture into the business world in a time when most women were home baking bread, sewing, honing their homemaking skills, and raising families.

Elva and her husband, J. Lee, owned several hundred acres just south of the Point of the Mountain. They farmed and irrigated the land, but also decided to lease a building owned by Keith Gaily in 1951 to open a farm implement business. The business was located on North State Street and Center Street in Lehi. (The building is now vine-covered and owned by Robert Flygare.) Utah Valley Implement was mostly operated by Elva, who knew more about tractors and farm implements than most farmers in town. In August of 1955, a fire broke out in the building and caused nearly $5,000 worth of damage. The Tingey’s decided not to re-open the store.

In the summer of 1956, the couple began construction of Tingey’s Country Store. The store was Elva’s brainchild and was built almost exclusively from materials salvaged from the demolition of Lehi’s historic grammar school. The store was stocked with groceries, vintage clothing, cookware, small appliances, and LDS garments.

In 1958 Elva bought eight trainloads of plastic foam at an auction. Elva’s ingenuity sprang into action and tote bags and other craft items became popular. In fact, Patricia Nixon, wife of then-Vice President Richard Nixon, saw Elva demonstrate one of the totes on the Art Linkletter Show and the Today Show with Dave Garroway, and visited the store while in Utah. Mrs. Nixon bought one of the totes, and Elva received a thank-you note from Mrs. Nixon with a request for another tote bag.

In 1960, Lee died, and the State of Utah began planning the construction of I-15. The freeway by-passed the store, which proved the death knell for the business. Elva traveled around the country for a time as a Dupont plastics emissary showing how the foam could be used for craft items. In 1976, the store re-opened as a ceramics shop run by Elva’s daughter-in-law, Rowena.

Elva re-married Rulon Romrell and spent the last several years of her life in church service. She served missions with her husband and enjoyed visits from friends and family. She passed away on January 19, 1989. Her son, Valdean, survives her.

(Written with some facts from Richard Van Wagoner’s book, Lehi, Portraits of a Utah Town.)