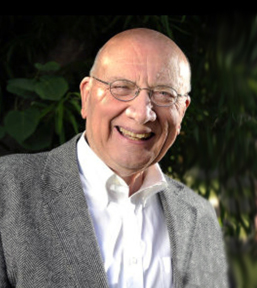 Dean Rex Zimmerman was born October 14, 1941 in Lehi, Utah, about two months prior to the U.S. involvement in World War II, to young and popular parents. Dean was their first child. As a child, Dean loved to learn and would spend hours in the Lehi Library discovering books on history, astronomy, and geography. One of his favorites was the Readers Almanac. He learned to play the piano and was very accomplished. His mother would chauffeur him and his sister Sharon all around the state of Utah competing in piano competitions.

In high school Dean worked at the Lehi Free Press as a “grunt” worker cleaning the presses, and there he learned the value and genius of words, their impact and way of transforming people’s thinking. He spent a lot of time learning chemistry in the school lab, shooting photos, and then developing them in his own darkroom. Dean was a bit of a late bloomer. He stood only 5’1” until the summer before his senior year in high school. Then he grew 11 inches in one summer! By the time he started his senior year, he was 6 feet tall.

From a young age, Dean would read magazines published by The Church of Jesus Christ of Latter-day Saints that would be laying around his house, such as The Instructor. He thought then that the only thing he ever wanted to do when he grew up was to teach the Gospel. Of all the things that influenced his young life, Dean said that high school seminary was at the top. This was just the beginning of Dean’s life-long study of the scriptures.

Dean served six months of required active duty in the National Guard and loved it. He then served a mission for the Church in the “California Mission.” Dean put himself through college by working for several local newspapers as well as the Associated Press. After graduating from Brigham Young University, he became a Seminary and Institute Teacher and later earned a Master’s Degree from BYU in Communications while working full-time. He loved teaching Institute to college age kids, then was transferred to the Church Office Building in Salt Lake writing curriculum, such as Sunday School and Institute manuals.

Dean says the best decision he ever made was to marry his wife, Melanie. “In every important thing that has happened to me,” he said, “Melanie has been at the center of it.” He also said that Melanie taught him how to be a good friend. They were married in 1966 in the Alberta, Canada Temple and celebrated their 50th Wedding Anniversary in 2016.

Dean loved being a dad and said there wasn’t a day that goes by that he didn’t wish he could pile on the couch with his kids and watch Saturday morning cartoons. When Dean was asked what the five most positive moments of his life were, he said “David, Michelle, Michael, Jared and Jackie.” Dean loved his children unconditionally. He taught us the Gospel of Jesus Christ and would prepare an organized lesson almost every single Monday night for Family Home Evening. He also taught us through his example of faithful and continual service in the church. One of his most rewarding callings was that of Temple Worker in the Mount Timpanogos Temple. He loved the men he served with and they loved him. All his friends and family will miss his kindness, his quick wit and fun, positive personality. Another of his most joyful callings was serving as Branch President at the MTC for several years.

After leaving church employment, Dean taught himself how to use and program personal computers. He started his own computer company, then worked for many other start-up computer companies, usually as head of international marketing. His last job was writing software user manuals and creating the company website.

Dean wrote many books, 7 published and many others shared electronically—all relating to the Gospel of Jesus Christ. In his retirement years he accomplished his most prized research project: a Bible comparison computer program, which compares every verse of the Bible with every verse of over 50 different versions of Bible translations. He donated his project to the Neil A. Maxwell Institute at BYU so anyone interested could have access to it.

A viewing was held on Wednesday, June 10, 2020 at the Warenski Funeral Home in American Fork, Utah. An outdoor Graveside Service was held Thursday, June 11, 2020 at 10:00 am at the northeast corner of the Alpine Cemetery.