Letter to the Editor: Woman asks for civility, thanks LPD and Corporal Southwick 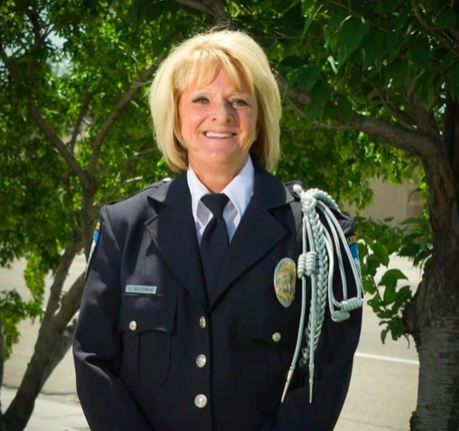 The craziness of the last few weeks has made me think of how grateful I am for the Lehi Police Department, especially Corporal Lily Southwick. I have a daughter who has struggled with drug addictions for many years. She has been arrested more times than I can count. Many of her arrests have been made by Corporal Southwick. Many of those times have been because I called the police and reported her for some illegal act. Most people are probably thinking…wait, what?

When someone shows genuine love and interest in one of my children, they have secured a place in my heart forever. It would devastate me if anything bad ever happened to Corporal Southwick or any of Lehi’s officers. Let’s remember that every time they leave their home, they are stepping into potentially dangerous situations. Every police officer is a sister, mother, father, brother, son, or daughter to someone. Please show all law enforcement the respect and gratitude they deserve.

Just a few weeks ago I had to call 911 to go rescue my daughter from some of her acquaintances. She had had a dispute with them an in her words, they “kidnapped her.” Over the years, she has acquired an extensive arrest history. Lehi PD could have just rolled their eyes and said, “here we go again.” They did not. They took the call very seriously. When I told them she had never contacted me with that kind of message before, they acted quickly with professionalism. Officer Steggell and Officer Kirkham, and I’m sure others, arrived and assisted her. They were compassionate and respectful to her even though it was obvious that she had been recently using drugs.

My brother, former LPD police officer Captain Terry, was injured in the line of duty several years ago. We are lucky to still have him here. His career was cut short, but I still have my brother. His wife still has her husband and his children and grandchildren still have their father and grandfather. To everyone’s surprise, he emerged from the hospital in a few short weeks. Not everyone gets shot in the head lives to tell the tale. I can still vividly remember my immediate stomachache when I got the call about his injury.

I am in a racially diverse family. We have Hispanic, Black, Native American, and Caucasian people in our family. We love each other. We don’t see color. We just see our family and loved ones.

My plea to everyone today is to please stop the hate and abuse. We need to be kind to one another.

Lareen is a lifetime Lehi resident and Lehi business owner

Could COVID-19 usher in livestreamed school board meetings?