Foster care student graduates from SHS, sets example for others 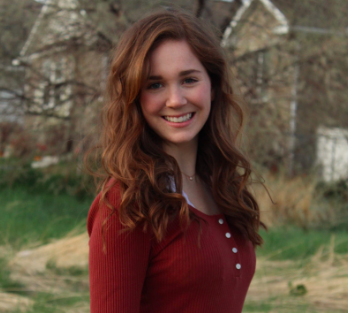 Faith Smart remembers the first time she saved a life.

She was working her first job as a lifeguard when she jumped into the water to pull out a child.

“It filled me with so much joy that I helped someone in that way,” Smart said.

That experience, she said, helped put her on the path to a future career in the medical field.

Smart, who has been in foster care, graduated this year from Skyridge High School. She plans to pursue a degree in biology at the University of Utah.

“I love helping people so much, and I have always had an amazing fascination for the medical field,” she said.

Despite her circumstances, Smart maintained a schedule of Advanced Placement and honors classes and was active in multiple student clubs.

“She is amazing,” said Mindy Hinckley, Smart’s AP biology teacher. “She is always prepared, always. She has a lot of grit. She does not give up.”

Instead of getting frustrated, Hinckley said Smart pushes harder to overcome and push through challenges. She’s been willing to communicate with teachers, has advocated for herself, and helped her younger siblings. In addition to her challenging class schedule, Hinckley said Smart also volunteers weekly with people with disabilities at the Utah State Developmental Center in American Fork.

She’s respected by her classmates and is known as a hard, humble worker.

“It is crazy how every time that I’d set a curve, everyone thought it was Faith who set it,” Hinckley said.

Smart set a goal this academic year to have the highest test score at least once in each of her classes. She got the highest score in the class on her first AP biology test.

Hinckley said Smart is quick to help other students understand material and will sit by people she knows are struggling.

“She just knows that life can be rough, and she helps them through,” Hinckley said. “I think that is one of the reasons that everybody loves her.”

Hinckley usually doesn’t know if a student is in foster care until they sign their own forms. For Smart, she showed up to parent-teacher conferences–on behalf of herself.

“She never used it as an excuse, not once, for anything, and yet, she is able to overcome in a remarkable way that I have seen very, very few students ever do,” Hinckley said.

Smart was in the fifth grade when her father was incarcerated, and her mother was left to raise nine children on her own. Smart said her family wasn’t financially stable, and the Division of Child and Family Services got involved after she spoke to a counselor about her home life.

She took care of her siblings during her freshman and sophomore years of high school. The move into foster care, Smart said, was very sudden. After attending a few court dates, she and her siblings were separated into different homes.

“It was definitely a shock, and we had thirty minutes to go home and take our belongings,” Smart said.

She was placed with the family of one of her good friends for about a year before being taken in by her grandparents. Those first few nights, Smart said, she felt like the separation of siblings was her fault and that she’d ruined her family.

She’s had to juggle school and court dates, while being away from her siblings, not having a parent to turn to and striving to be a good example.

Her other siblings have now been able to move back in with their mother. Smart tries to visit them every couple of weeks and has been doing lots of video chats since the COVID-19 pandemic began.

As the third-oldest sibling, Smart said she’s worked hard to provide an example so her siblings don’t give up.

She’s learned to embrace her story.

“In the beginning, I didn’t really talk about it too much, but now it is a part of me,” Smart said.

She plans to celebrate graduation by getting together with a small group of friends, drinking sparkling cider, and watching the firework show on May 28 that’ll happen across the valley to celebrate seniors in the Alpine School District.

After experiencing foster care, Smart said she’s grateful for her foster parents and hopes to become one in the future.