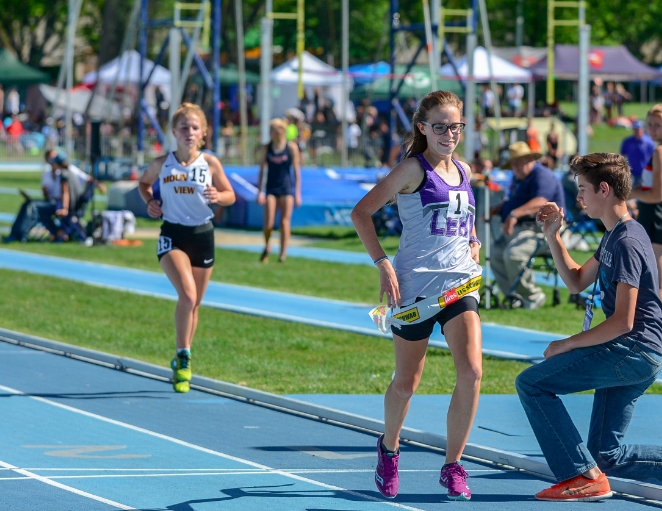 Anna Martin should have been representing Lehi High School at the state track championship meet during the second week of May 2020. However, due to the coronavirus pandemic the Utah High School Activities Association cancelled the outdoor track and field season – along with all other spring sports and activities. Although she understood why, having the season cancelled was difficult for Anna. She was injured for most of the 2019 outdoor season and was looking forward to making a comeback this year, her senior season.

Fortunately, Martin had won just about every possible state distance running championship before this season. If ever there were a senior high school athlete with nothing left to achieve or prove, it is Anna Martin. She is the greatest Pioneer female distance runner in recent history, perhaps ever. She holds the school records for the both the 1600 meter and 3200 meter and the school and state cross country record.

Anna Martin owned 2018. She was undefeated in the 3200 meter in the outdoor season winning the BYU High School Invitational and Utah State Championship that year – as a sophomore. She also placed third in the 1600 meter at the state meet. In the fall of 2018, in her junior year, Anna won the state cross country championship, setting a new state record, and was named the Gatorade Utah Girls Cross Country Runner of the Year. According to Anna, this is her most meaningful accomplishment. “Taking the title and breaking the state record was such an amazing feeling and something I had worked for so long, and it meant a lot to me,” she said

Martin is a humble champion, acknowledging the role Lehi High School head track and head cross country coach Chris Dorton played in her success. “Coach Dorton has been an amazing coach. I have learned so much from him. Throughout my good and bad moments, he has always believed in me even when I didn’t believe in myself,” said Anna Martin.

“It has been a privilege to see her learn and grow as an athlete and as a person. She never backs down from a workout or a hard circumstance in life. She has become a great leader on the team and I’m excited to see her growth at the collegiate level,” said Dorton of Anna.

Although Martin will miss the fun times she shared with her teammates at Lehi High School, she is looking forward to competing at the next level. Next year, she will run cross country and track for Brigham Young University.

Lehi student with autism pushes to graduate on time

Seniors At Skyridge celebrated, visited by teachers and staff