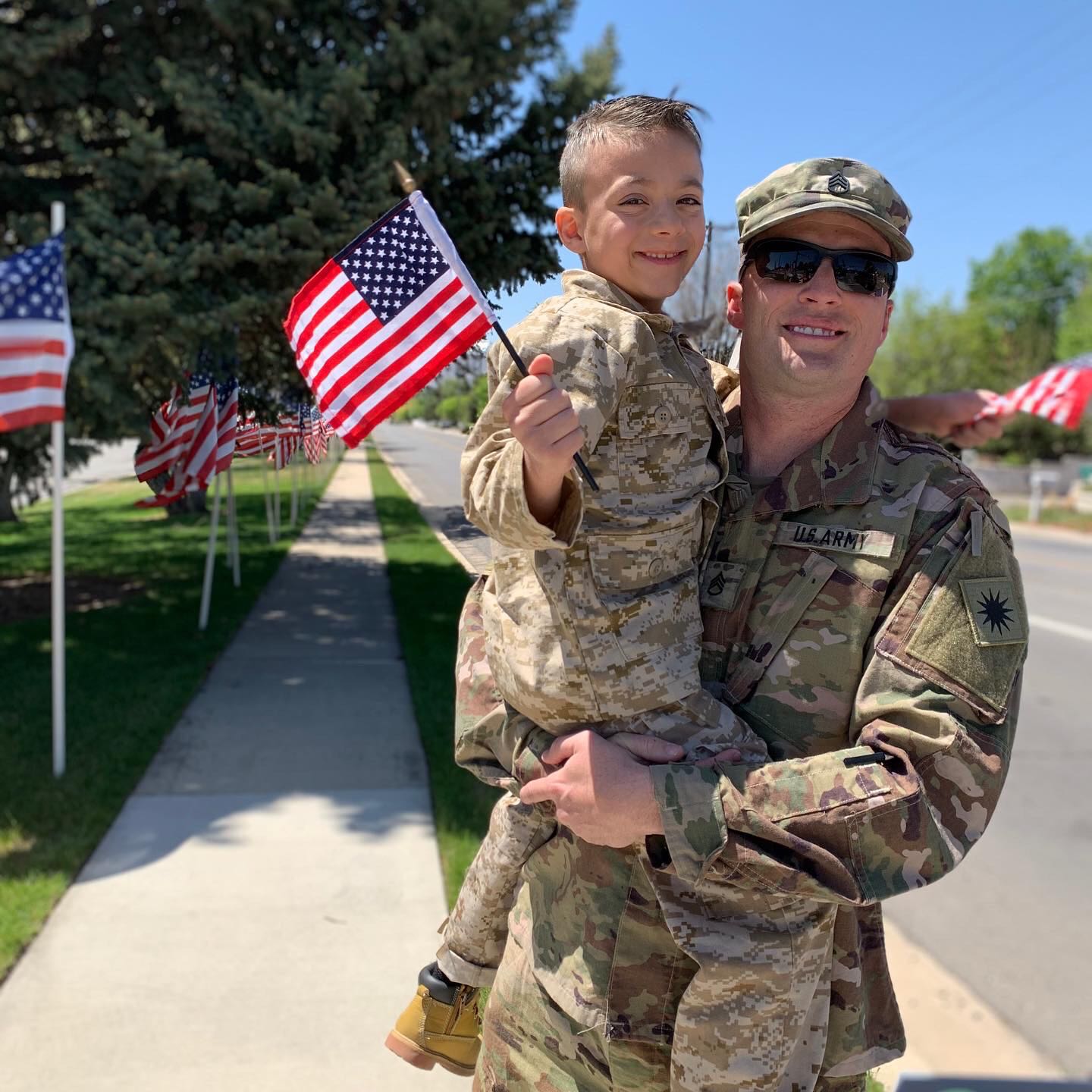 A large contingent of family and friends met at a local church on Wednesday evening to say goodbye as Utah Guardsman SSG Derek Hutchings left for a one-year deployment to Afghanistan.

The church property was lined with American flags as the Hutchings family was honored by many who wanted to show support and gratitude for Hutchings’ military service. Their friends formed a caravan that greeted the surprised Hutchings family when they approached the church.

Hutchings comes from a long line of civic-minded individuals who have served their community and country. Hutchings’ father, Blair Hutchings, is the son of Bud Hutchings and the grandson of John Hutchings, who was the founder of the Hutchings Museum. Blair will retire this year as a 30- year veteran of the National Guard. Derek’s uncle, Joel Hutchings, will also retire from the same battalion as Derek.

Derek’s wife, Brandie, said, “We knew a second deployment would come. We just didn’t know when or where.” When asked about the couple’s four adopted childrens’ reaction to their father being gone for a year, 7-year-old Fitz said, “My dad is going to fight the bad guys to keep everyone safe.” Brandie added, “The kids will miss Christmas and especially St. Patrick’s Day when Derek sets out traps to catch a leprechaun.”

Derek is part of the 1st Attack/Reconnaissance Battalion, 211th Aviation Regiment, at the Utah Army National Guard Armory in West Jordan. SSG Hutchings is part of the ground support for flight operations. Kirk Peterson, Hutchings’ father-in-law, said, “The group is known as the ‘Air Pirates’ and fly the Apache and Black Hawk helicopters used in Afghanistan and other countries.” This is part of Operation Freedom Sentinel.

According to Peterson, the 300 members of the group were deployed on May 7 from Airport II in West Jordan. Brandie Hutchings said, “This is hard, especially with our four little ones, but we can keep in contact through texts and apps. We can call when we need to. I know Derek will miss out on special occasions and to see the kids grow, but this is what being in the military is all about.”

Epidemic of 1918 wreaked havoc in Lehi