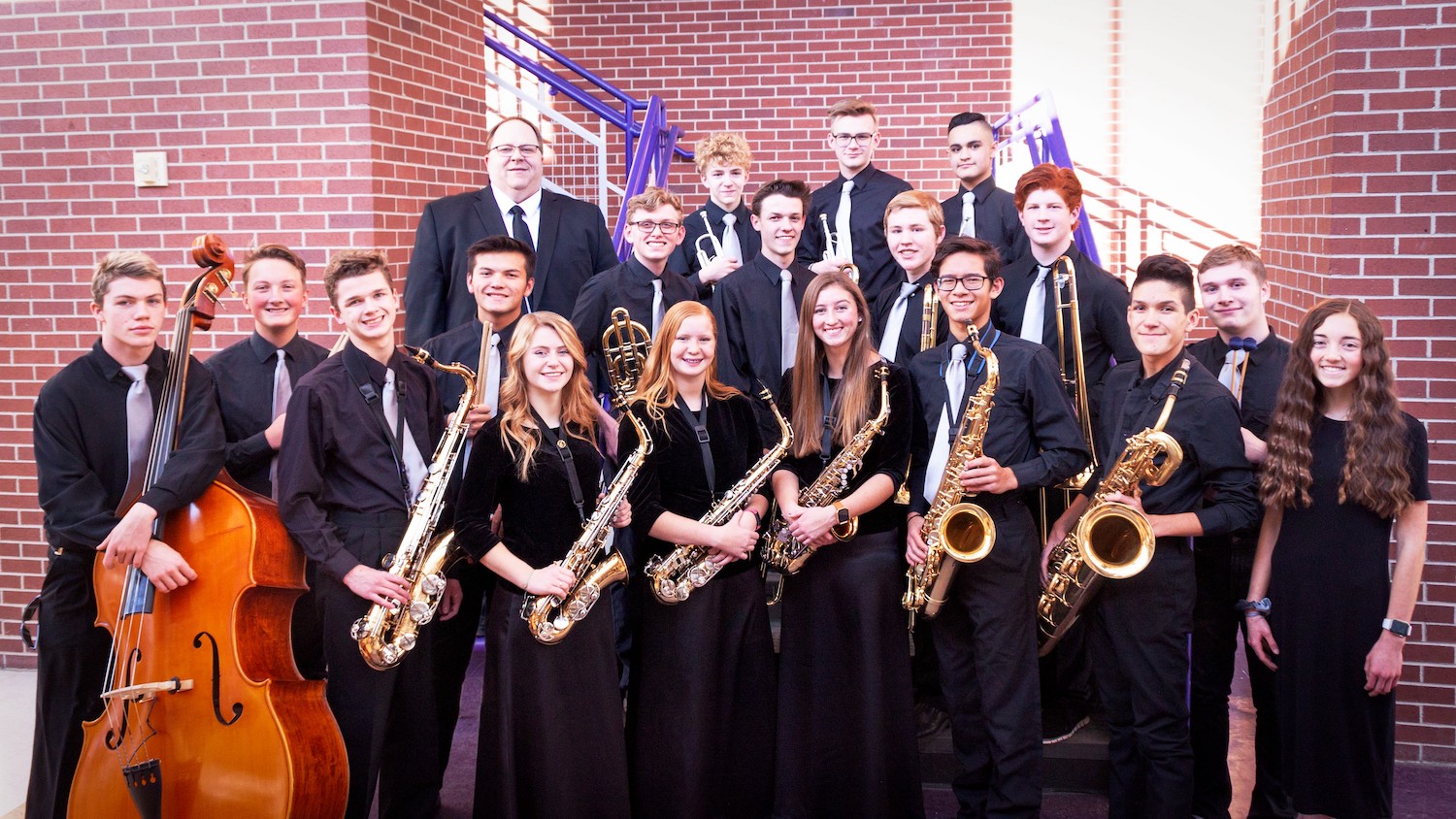 The Willowcreek Middle School Jazz Band, A-Train, was selected by the Foundation for Music Education as a national winner in the Mark of Excellence National Jazz Honors Project. Three hundred and twenty music ensembles from all over the country competed for the title.

Most of the members of A-Train Jazz Band, including director David Faires, have moved on to other schools since recording their winning entry during the 2018-2019 school year. Faires is teaching at Brigham Young University Idaho (BYUI) and all but three band members are now students at Lehi High School. They’re all still playing music, though, and look back on their middle school jazz band experience fondly.

Marissa Mallory remembers her friend, Alyssa Grace, showing her how to play the saxophone during Pride Time at Willowcreek Middle School in seventh grade. Mallory already played the flute and found she enjoyed the saxophone so much that she agreed to join the jazz band with Alyssa. Marissa then approached another friend, Sofi Child, and convinced her to join the jazz band on the piano. Marissa and Alyssa recruited Ricky Wade to join the band on drums in eighth grade. Wade had a few years of piano lessons under his belt, a requirement to join the band, and took to the drums quickly. “I got hooked and I haven’t stopped playing drums since,” said Wade.

“I was in the band at Lehi Elementary – that’s where I learned to play the saxophone,” said Alyssa Grace. Vangie Jones directs the Lehi Elementary Band before school once a week. Grace’s older brother played in the jazz band at Willowcreek, also an early morning program, so she went with him to practice once she was in seventh grade.

David Faires pushed his young musicians to play difficult music, some of the same pieces he was performing with his BYU jazz band, to practice relentlessly, and to enjoy every minute. “We always knew he was giving us his full attention,” remembered Sofi Child. “Mr. Faires made jazz band special. You can tell he really loves jazz and he loved teaching,” said Ricky Wade. Faires had A-Train sit in a circle and really listen to each other. The seating arrangement evolved even more before the students made their recording for the National Jazz Honors Project, all in their effort to hear and feel the music together. “Mr. Faires gave us so much freedom. He would start us off, then walk away. That was scary at first because we really had to be locked in with each other to stay together,” remembered Wade.

The members of A-train have learned more than music; they’ve developed friendships and the ability to cope with stressful situations. “I always look forward to jazz band. It gives me energy,” said Alyssa Grace. “Whenever I’m having a bad day, playing with the jazz band always makes me feel better,” said Marissa Mallory.

“Mr. Faires made us a team. We knew our opinions and ideas mattered to him,” said Mallory. In their three years at Willowcreek Middle School, Mr. Faires would often tell his jazz band students that they would be the best the school ever had. “By the end, we really were the best,” said Wade.