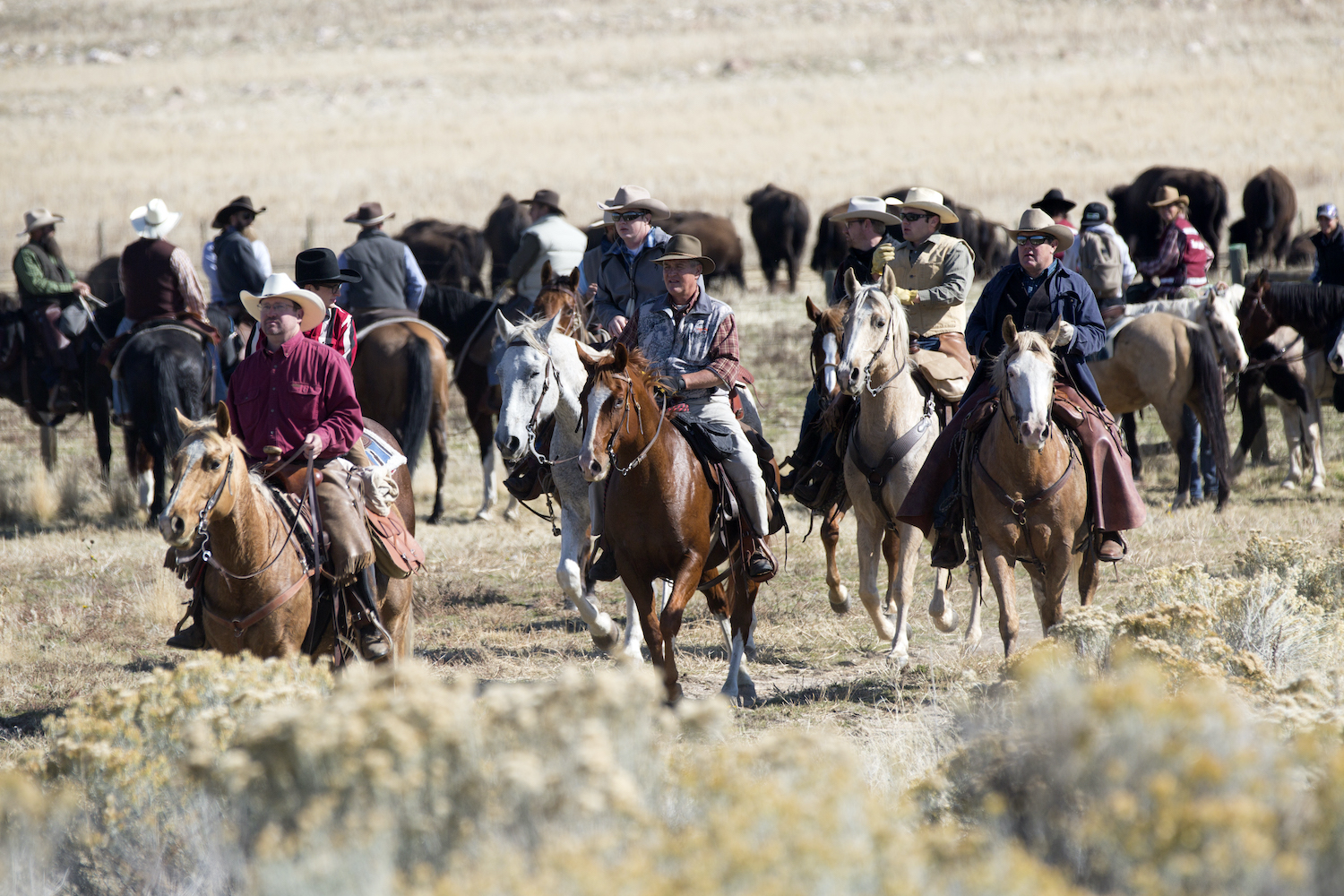 Antelope Island State Park is home to one of the nation’s largest and oldest public bison herds. Each year hundreds of horseback riders round up nearly 700 bison on the island and move them into holding corrals. Lehi residents and members of the Sheriff’s Search and Rescue Posse, Neal and Debbie Christensen have been participating in the Fall ritual for years.

People come from all over the country and even outside the United States to experience the truly Western experience of herding buffalo. Horseback riders can register for the rare opportunity to be part of the roundup, and spectators can watch from camp chairs at Fielding Garr Ranch and White Rock Bay. Getting all 700-plus bison corralled typically takes between three and six hours. The Sheriff’s Posse provides medical services during the Bison Roundup, spreading out around the island and communicating by radio. Neal Christensen coordinates the teams and conducts a training for the riders.

“It’s kind of a social thing. There are riders who come out every year. I don’t know which is more fun, getting charged by a buffalo or watching all the people. You see city slickers out there decked out in their riding gear and cowboys with fringe. There are a lot of characters” said Neal Christensen.

“When we’re pushing them into the corrals and the dust is flying it’s like an Old West movie,” added Debbie Christensen. “Of all the horse riding we do this is probably my favorite. You go all day and the weather is usually good. There are lots of people to watch and some of them do silly things,” Debbie continued.

“It only takes one time doing it to be become addicted. There’s a great camaraderie among the riders,” said Neal Christensen.

This year the Christensens saw something they’d never seen before, an entire herd of more than 700 bison turning at once and charging all of the riders after a small group on horseback had been pushing the bison too hard for too long. “You push them hard enough and they get feisty,” said Debbie. “I still don’t know how they all got around me,” said Neal. One woman fell off her horse in her hurry to turn away from the charging bison, breaking one of her fingers in the process. “She was screaming, ‘Where’s my finger? I have to play the piano in church tomorrow!’” remembered Debbie. “She was definitely in shock,” said Neal with a chuckle.

There are two phases to the Antelope Island Bison Roundup, first the horse riders push the bison into small herds. Riders then drive the bison into a holding corral where they rest for five days. The rest period helps reduce the animals’ stress levels and allows them to relax, making them more cooperative during the second phase, which begins a week after the roundup. At that time the bison are sorted and separated one at a time to receive their vaccinations. They also get individual health screenings that include checks for pregnancies, parasites, and health issues. Each bison gets a small external computer chip that stores their health information and serves as a permanent ID.

Antelope Island can support about 550 bison and since there are no predators there, the herd grows each year to over 700 and needs to be artificially reduced to balance out the food supply for the pronghorn antelope, bighorn sheep, and mule deer that also live on Antelope Island. The excess bison are sold at public auction and the proceeds are used in the Wildlife and Habitat Management Program for operating costs, habitat, and bison infrastructure improvement and research.