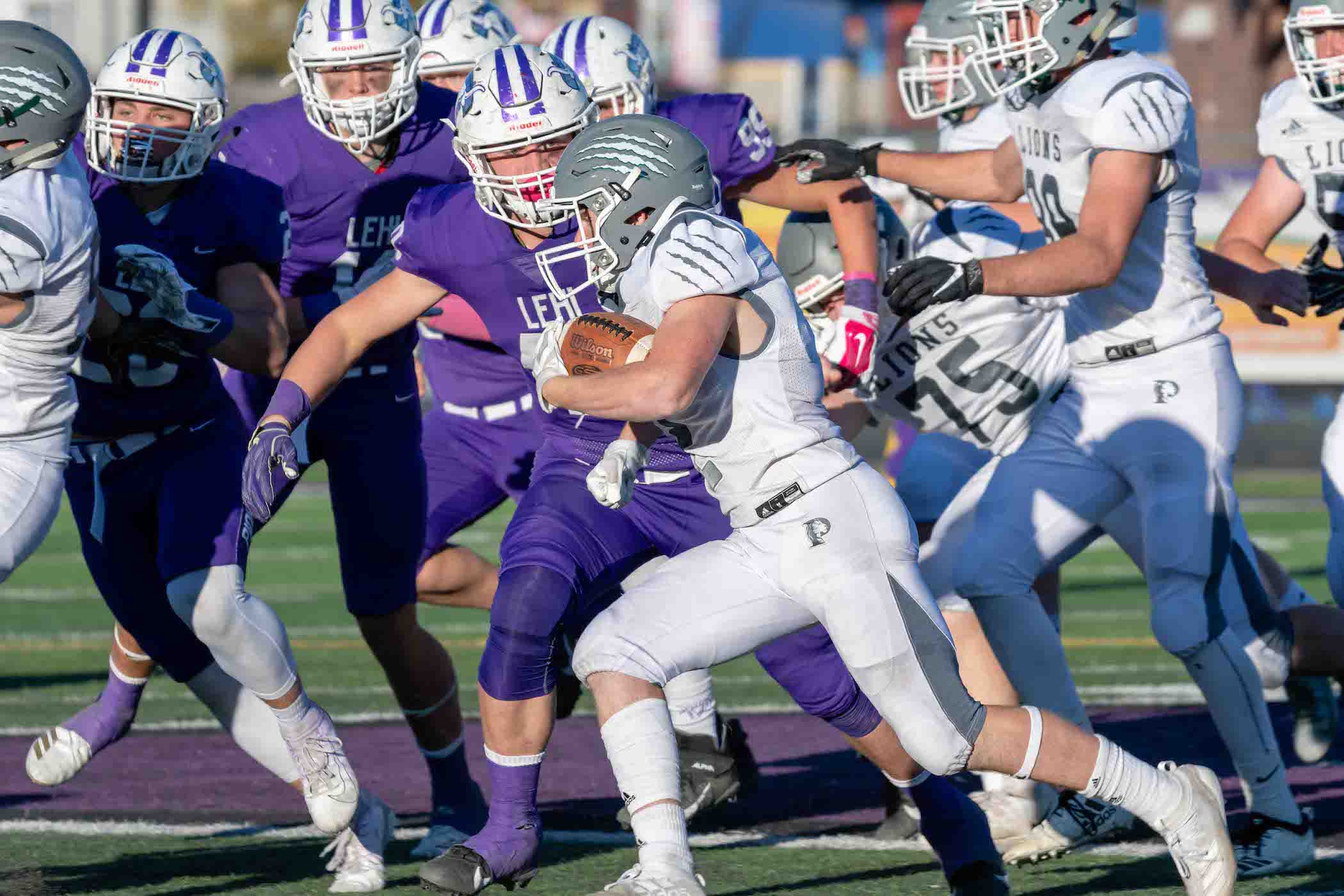 The Lehi Pioneers overwhelmed the Payson Lions, 42-0, at home in the opening round of the State Football Playoffs on Friday, October 25. With the new RPI system used to create the brackets, Lehi entered the 5A playoffs as the number 11 seed and Payson was the number 22 seed. (See related story)

In a dominating performance, the Lehi offense scored 21 points in the first quarter, 14 in the second and 7 in the third. Quarterback Creyton Cooper threw three touchdown passes. Jaden Greenwood caught two (16-yards, 15-yards) and Josiah Westover caught one (26-yards). The offense added three rushing scores. Chandler Jenkins exploded for a 42-yard score in the first quarter. Creyton Cooper found the end zone on a 10-yard scramble in the second quarter. Carsen Manookin capped off the scoring with a one yard  run in the third quarter.

The Lehi defense smothered Payson, limiting them to 102 yards of total offense. The Pioneer defensive line had complete control of the line of scrimmage. The Lions rushed the ball 16 times for seven yards (0.4 yards/carry). Lehi forced Payson to punt the ball six times during the game. Christian Wren led the team with 15 tackles (7 solo) followed by Brock Love with 9 (3 solo) and Harrington Ray with 8 (6 solo). Freshman Kadiyon Sweat intercepted his third pass of the season in the fourth quarter.