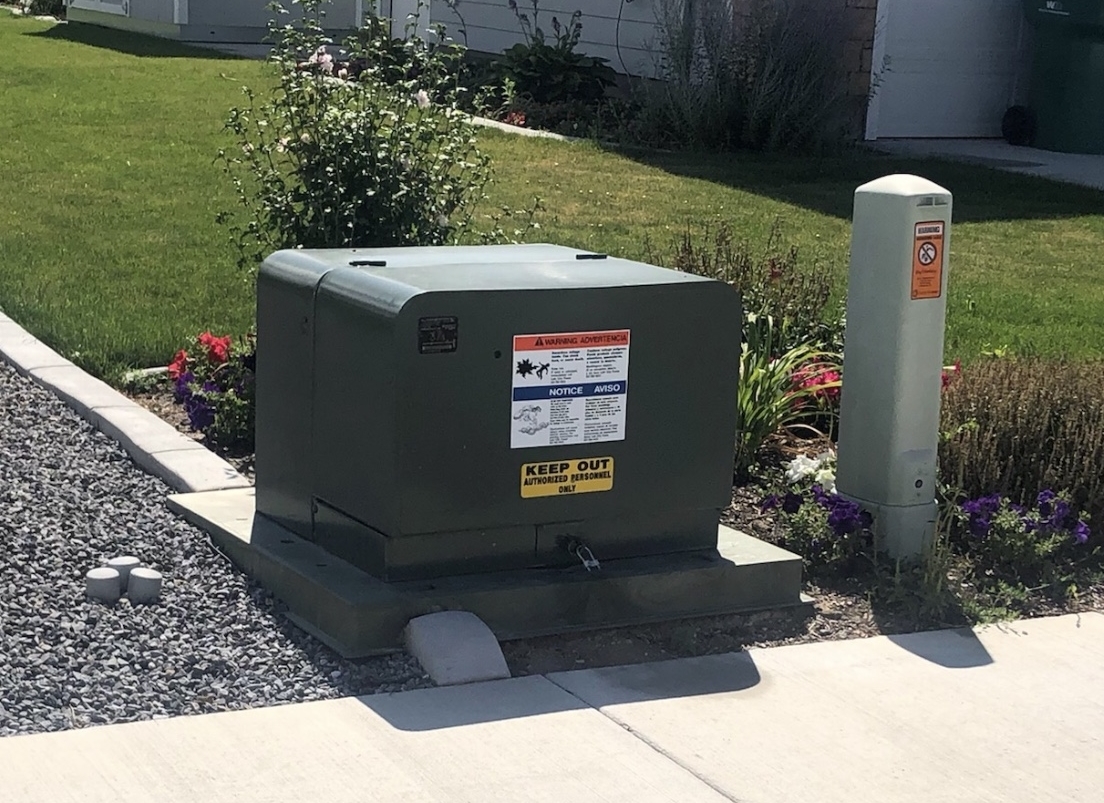 High temperatures can cause surges in power usage as air conditioners are cranked up to battle the heat in the afternoon and evening, but the Lehi City Power Department is working to keep power costs and power problems down while keeping up with the power demands, according to Joel Eves, Lehi City Power Department Director. Over the last week during triple-digit temperatures, Lehi hit a new record for power usage, said Eves.

The City currently purchases power from several different sources including coal-fired systems, hydroelectric stations, wind power, diesel, and even heat recovery systems. Lehi also can generate its own power to offset the high costs of power purchased during peak use times, said Eves. “When demand is high, the prices we pay for power goes higher,” he said.

“We have eliminated some of the power market frustration by running generators which save the city about $1,000 per day,” Eves said. The generators, which are powered by natural gas, are clean and efficient and are running every day at a fixed operating cost. They generate about 6% of Lehi’s power.

“Power usage is at its very highest around 6 p.m. when people are returning from work and turn on the air conditioning,” he said. If people can conserve energy, it would be helpful during the peak hours of 2 p.m. to 8 p.m. Experts suggest residents turn down their air conditioners to 78 or 80 degrees when they leave for the day–instead of turning it off–so that it is not 90 degrees inside their home when they get home from work. It is also suggested that laundry be done in the morning or later evening hours.

Occasionally, Lehi experiences small power outages or “blinks,” and residents will be surprised to learn that those “blinks” usually happen not necessarily because of high power usage, but because a transformer (the green boxes seen in many neighborhoods) has overheated and “tripped” and the circuit is trying to correct the problem. “Most of the time a transformer has overheated because a resident has landscaped too close to the transformer, attempting to “hide” it,” Eves said. Transformers need open space around them for air to circulate and cool down the transformer.

“We find many transformers where residents have piled dirt around the transformer, partially burying them, and/or have planted plants too close,” he said. As a safety precaution and according to the transformer equipment specifications, crews must have ten feet of access on the front of the box with the rear and sides having a minimum of three feet without trees, shrubs, fences, large rocks or other obstructions. “If residents can comply with these specs, we would have less “blinks” and outages,” Eves said.

Wildlife sometimes throws the power department for a loop as well. On Monday, July 29, a bird caused a fault in a substation which caused a power outage affecting 3,000 residents for two hours, according to Eves.

The Power Department is expanding to meet growth

“We are adding about 1,000 houses a year to Lehi, and our department is focused on building a great infrastructure that can keep up with the demand. I am proud of our crews and the high quality of installation work they are doing,” he said. “We are constantly planning, evaluating and looking ahead of growth and figuring out how to “feed” a new neighborhood with power or determining when to build a new substation.”  The city will be hiring two additional linemen, (bringing the total to 17) this year to help meet the needs of a growing city. The Broadbent Power Facility has a state-of-the-art control room used to monitor real-time data power use and can also monitor the seven power substations located throughout Lehi. “We can see the peak power use in years past and see how much power is being used at any time during the day, which helps us project usage. If there is a problem, we can see it immediately on our monitors and take action,” said Melanie Hansen, program and account manager at the power department. “This facility was built with the future in mind and should be able to handle growth for the next 20 years,” said Hansen.