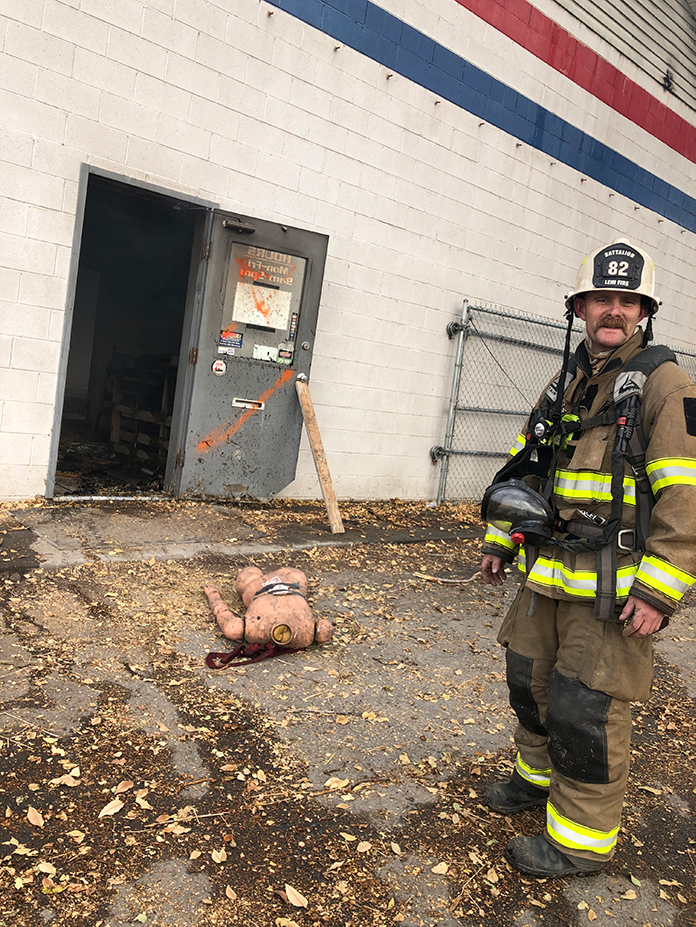 
Due to the recent growth in the city of Lehi, the Fire Department has added the new position of Deputy Fire Chief and will be hiring seven new firefighters in the next few months, according to Tim Robinson, the newly appointed Deputy Fire Chief.

Robinson said his new job will be an administrative job dealing with the daily operations of the Department and assisting the Fire Chief, Jeremy Craft.  He will start the new position on July 1. “We have an amazing culture and we are a pretty tight group,” said Robinson.  “There are a lot of good things happening in Lehi and I am excited to have the opportunity to represent Lehi and to help grow our Fire Department so we can better serve the citizens of Lehi,” said Robinson, who was a Battalion Chief before his promotion.

“Seven new full-time firefighters will also be hired in the next few months to meet the needs of our growing city,” he said.  “We will be fully-staffed after these hires. Lehi Fire hires people who are trained as EMTs, paramedics as well as firefighters. They can do all of it,” said Robinson.  The new hires will help ease the burden of covering shifts for vacation time, sick time and training times. “Like Lehi Police, we are also competing for hiring firefighters with other Utah cities who are growing fast. The city has worked with us to offer a competitive wage and benefit package for our firefighters,” he said.  ‘It is frustrating at times, when recruits look only at the wage offered and not the total benefits package, because we think we offer a great overall package.  “We are constantly looking at what other cities are offering and we are making adjustments to stay competitive.”