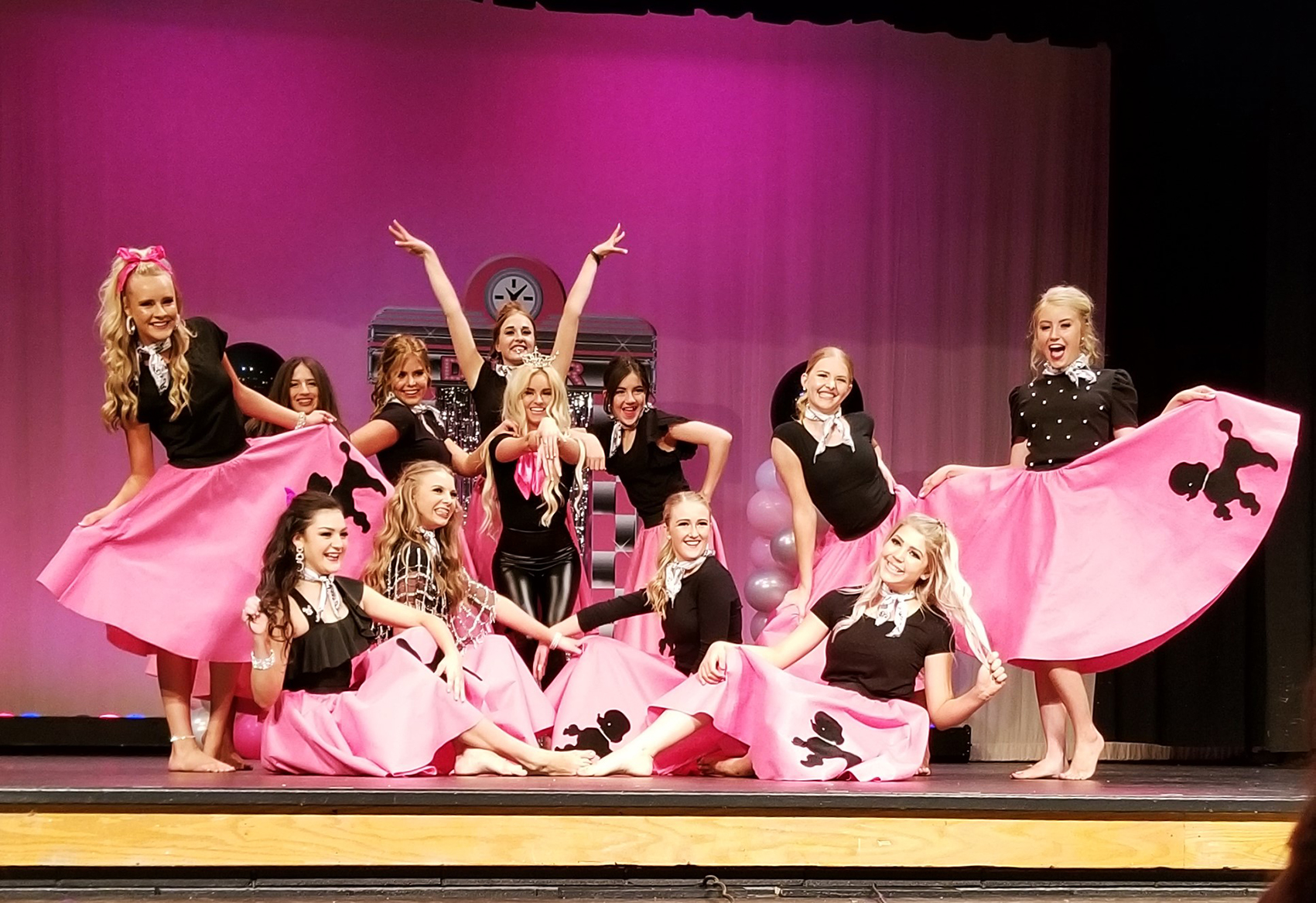 AnaLeigha Meek, a soon-to-be junior at Skyridge High School, was crowned Miss Lehi’s Outstanding Teen for 2019. Meek is the third girl in her family to be awarded that title. Her sweet and spunky personality won over the judges, and Meek’s performance of “Taylor the Latte Boy” was a showstopper.

Each of the girls had chosen a platform to speak about during the pageant, and the winner focuses on that platform during their reign. “I was hopeful that I would win and I’m super-passionate about my platform, The Cinderella Effect: Have Courage and Be Kind. I’ve been thinking about it and getting ready for it for three years. I wanted to make sure I knew everything about being kind, the mental state of mind you have to be in. After three years I felt ready,” said Meek. “The hardest part of being in a pageant is remembering that everything will be okay no matter what the outcome is.”

Miss Lehi’s Outstanding Teen attendants are Mollie Eaton (First Attendant), Savana Brown (Second Attendant), and Cambri Burgon (Third Attendant). Alaina Fuller was crowned as Second Attendant on the night of the pageant but decided to give up her crown.

Lexi Christopherson, Lehi’s Outstanding Teen 2018, hosted the pageant with Miss Lehi, Aliese Bumgardner. Christopherson also performed a dance routine and said an emotional goodbye to her year of service. The theme for the night was a ‘50s Soc-Hip-Hop and the contestants wore poodle skirts and sweaters for the opening number, choreographed by Hannah Thomas. The teens had private interviews with five judges earlier in the day, then competed during the pageant in Lifestyle and Fitness, Talent, and Evening Wear / On-Stage Question.

“Lehi does such a professional job of running their pageant. To have eleven high-caliber girls so prepared, and everything organized so well really shows that you have a deep staff working with these girls. You’re getting them ready for real life!” said Annette Harkness, a judge for the MLOT pageant.

“To see that many talented girls in this age bracket from one city is very impressive,” added Brandon Christensen, another judge for the MLOT pageant. “This year, like every year, we had incredible girls competing. Any one of them could have stepped up and done an amazing job. I’ve known AnaLeigha since she was little and it’s remarkable to see how she’s grown. She really took initiative – she did all of this herself. I’m very excited for her and I love our three attendants. They’re all so happy to be here and serve. I can’t wait to see what they do,” said Caitlin Thomas, Co-Director with her mother, Jennifer Thomas, for the Miss Lehi’s Outstanding Teen Pageant.