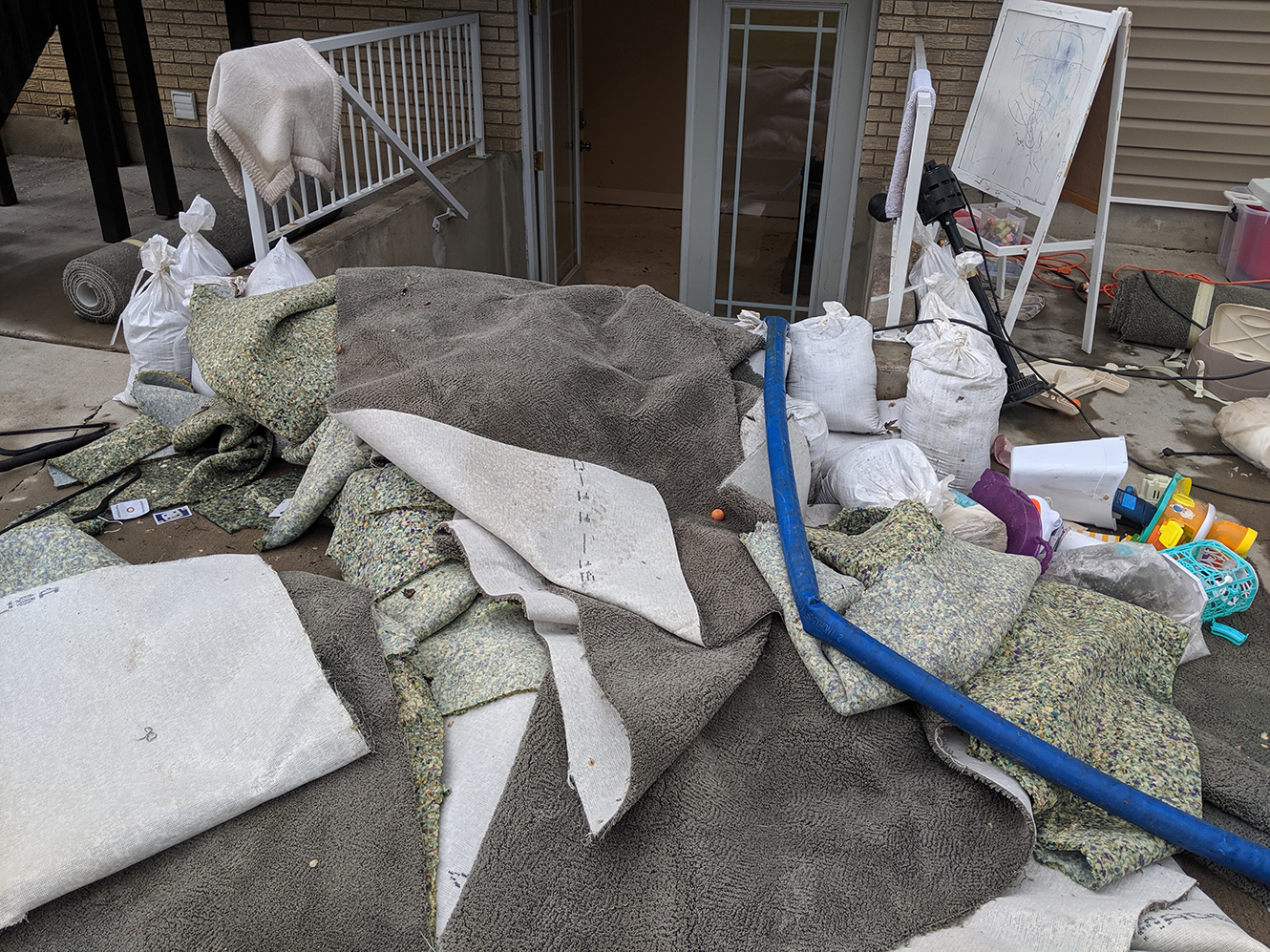 “This was the home of my dreams and now I don’t feel safe here,” said Anna Stewart after her Lehi home was flooded on May 17. Anna, her husband, Bryan and their three young girls have lived in their current home for just six months. “We lost $10,000 worth of items that were not covered by insurance. We honestly did not know our home was in a floodplain. We feel our home has depreciated in value and we will never recoup what we have lost. The city takes no responsibility.” A Lehi City employee told Kaylene they “shouldn’t have bought a home in a floodplain.” Stewart responded, “Why did the City allow homes to be built in a floodplain?”

Kevin and Kaylene Steele’s home was also severely damaged by the flooding. Kaylene expressed dismay that she received no notice of the flooding. The water was discovered when her sons heard something in the family room. “We raced down the stairs and the water was three feet deep. The force of the water had pushed open the locked outside door and filled the family room.” Friends and neighbors rushed to help, but thousands of dollars’ worth of property was destroyed. “We estimate the damage to be in the $100,000 range. We have lost our furnace, water heater, washer and dryer, all the boys gaming equipment and more,” said Kaylene Steele.

The Steeles have three sump pumps going full-time. 17-year-old Michael, the Steele’s oldest son, said, “Dad lost so much of his stuff that had sentimental value. His general demeanor is very sad. He feels he has disappointed us.”

Kaylene, who suffers from degenerative disc disease, struggles to place sandbags around the home. “We have learned the art of sandbagging!” she wryly admits. “You stack them like bricks, not one on top of the other. My sons, Michael 17, Aiden 14, and Joseph 11, have become adept in the process, but we are pretty worn out.”

In an interview with longtime Lehi resident Alan Christofferson who has lived next to Dry Creek for 62 years, he believes the problem of flooding has never really been addressed. He lives between 100 West and 600 North and has seen flooding for most of his life living in the area. “The problem is the culvert is not big enough to handle the water. In heavy run-off years, the water jumps the ditch and follows the fall line. Lehi City and Alpine School District just put band-aids on the problem, and they will again this year.”

He went on to explain that Dry Creek is split into two channels controlled by adjustable valve gates. Dry Creek runs along the east side of Lehi Elementary School and the waste ditch runs along the west side of the school. Lehi City has control of the gates, so the amount of water going into each waterway is controlled by Lehi City. In conversations with neighboring families and Lehi City workers during the flooding, Christofferson said the city employees working on the ditch, acknowledged, “yes, the gate on the Dry Creek side was probably raised too high and let too much water down that side. We don’t know whose fault it was. Maybe someone just came along and raised it,” said a Lehi City worker.

It is commonly known among long-time Lehi residents that the playground at Lehi Elementary is routinely flooded during Dry Creek’s heavy run-off years. Christofferson said the situation is always the same, “The fall line takes the water into the school’s southeast ball field and on into the yards and homes of the people west of Dry Creek. The routine is always the same—you get there early enough, a berm is built, and banks are sandbagged, but as the saying goes, ‘If you always do what you’ve always done, you always get what you’ve always got.’” “Do the right thing for the long haul. Forward-thinking folks could have made the banks of Dry Creek into parks or trails or zoned environmentally sensitive areas. We should learn from our mistakes. Lehi City’s number one priority should be emergency services,” said Christofferson.