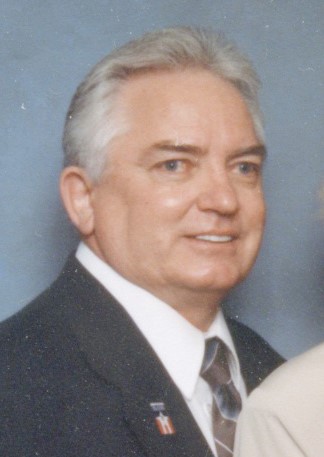 Eric married Marilyn Smith in Lehi, Utah August 17, 1962, and was sealed 10 years later in the Salt Lake Temple of the Church of Jesus Christ Of Latter-day Saints. They lived in Lehi their entire married life. He loved his wife, kids, and grandkids very much. He coached many of their sports teams while they were growing up, and he and Marilyn attended nearly all their activities. They were kept very busy traveling around to attend the many activities of their grandchildren as well.

Eric was very active in his church service and served as the Executive Secretary for three different bishops. He also served as the Young Men’s President and fulfilled many other callings over the years. If there was a ward cleanup or church service project, Eric was always there, or he sent his boys to help.

He worked at the Tooele Army Depot South Area as a civilian and retired after 33 years of dedicated service. At work, he was known for his exactness and detail-oriented work. He was never concerned with who got credit for the work, only that it was done correctly.

He enjoyed golfing, gardening, horseback riding, hunting, fishing, and water skiing. These activities were always more enjoyable for him when his family was involved. Eric and his wife loved to travel, and his favorite trips were to Alaska, Africa, and Peru. They frequently traveled down south as snowbirds as well. He was usually found outside in the garden or pasture working the ground and raising cows. Eric was a member of the Sons of the Utah Pioneers for over ten years, and very much enjoyed the association with the members. They were also members of the Good Sam Club and loved traveling with the group.

He is preceded in death by his parents, Harold and Mavis Larson, parents-in-law Carol and Ruth Smith, his sister Shirley Roseman, her husband Wayne Roseman, and his brother-in-law Bob Park. He is survived by his wife Marilyn, Children: Quinton, Jason, Debbie, Tyson (Angela), and Levi (Desi) Larson, 12 grandchildren and 5 great-grandchildren.