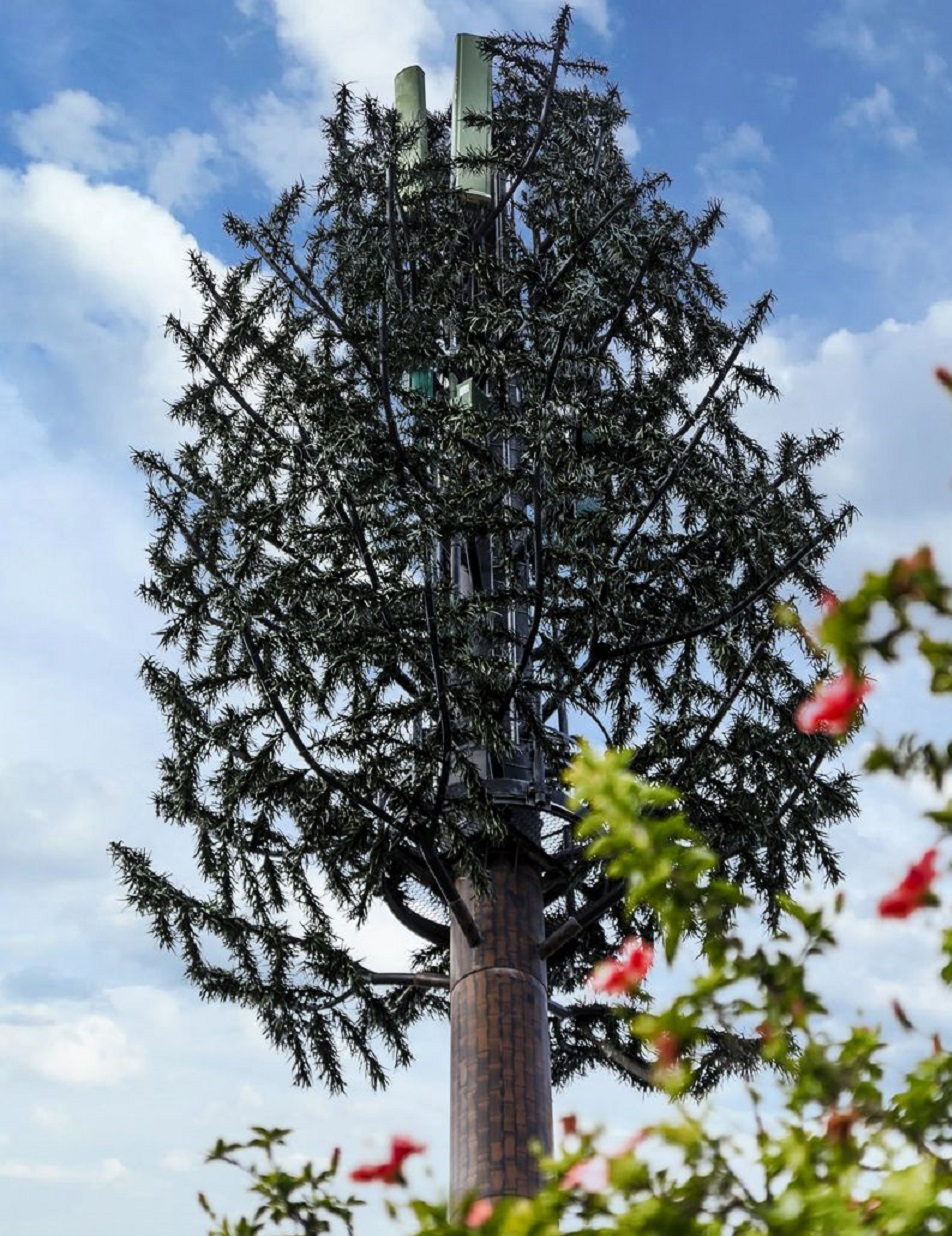 Be on the lookout for the “planting” of a giant 104-foot “pine tree” in the area of 145 South and 1350 East in Lehi. That proposed “pine tree” construction project, dubbed the “Atlas Tower-Millpond Project” is really going to be a nine-and-a-half story telecommunications tower in disguise.

The Lehi Historical Society recently received a letter from the Trileaf Corporation about the building of the tower and an equipment compound which will surround it. Trileaf has been contracted by Atlas Tower to put together an environmental report for the potential tower.

Trileaf must conduct a review for the National Environmental Policy Act and is doing “an investigation to determine if the site is contained in, on or within the viewshed of a building, site, district, structure or object significant in American history, architecture, archaeology, engineering or culture, that is listed, or eligible for listing on the State or National Registers of Historic Places, or located in or on an Indian Religious Site.”

Atlas Tower is an independent global wireless infrastructure company. According to their website, the company has been developing multi-use wireless infrastructure, “as a critical catalyst for improved wireless connectivity.” The site continues, “[we] meet the complex network needs of the various mobile network operators.”

After contacting Trileaf Corp for more information about the pole and its location, Anna Farrell, a project scientist at Trileaf, responded in an email stating, “Unfortunately, I am not at liberty to discuss in more detail the proposed telecommunications tower in Lehi. The letter to the historical society is a requirement for our reporting responsibilities as the environmental consultants on behalf of the tower owner.”

Farrell explained Trileaf Corp has been contracted to do their due diligence for the environmental study. “We check on everything from potential impact to endangered species to the land around the proposed project. It also includes the potential impact on historical sites, which is why we sent out that notice to the Lehi Historical Society,” Farrell said. “It looks like it would be in the area of WalMart if I am reading the map correctly,” stated Lara Bangerter, the director of the Lehi Historical Society. Bangerter forwarded the letter from Trileaf to all members of the Historical Society and asked their opinion about the telecommunications construction project. The historical society has until mid-May to voice any concerns about the proposed project.