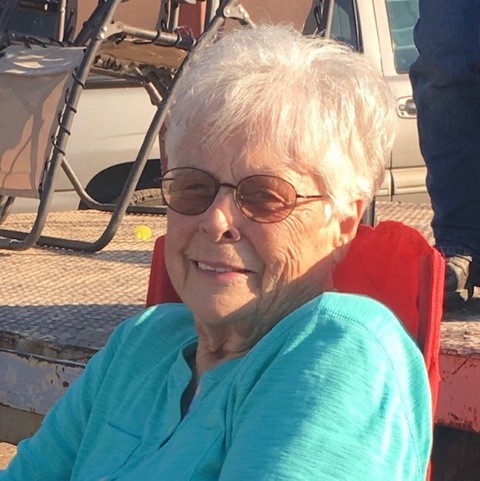 Eric died on March 1, 1981. Delma married Karl Webb on January 3, 1983, with that she got six bonus children, Gene and Deanna Webb, Kaye and Rex Scott, Linda and Duane Marsh, Bruce and Dina, Nick and Miriam Tracy, and Pam Price.

Delma was a member of the Church of Jesus Christ of Latter-day Saints where she enjoyed many callings. She worked at the Lehi City office for many years.

She is survived by five children, 60 grandkids, and numerous great-grandkids. She was preceded in death by husbands Eric and Karl, son Lee Jorgenson and Kaye Scott.