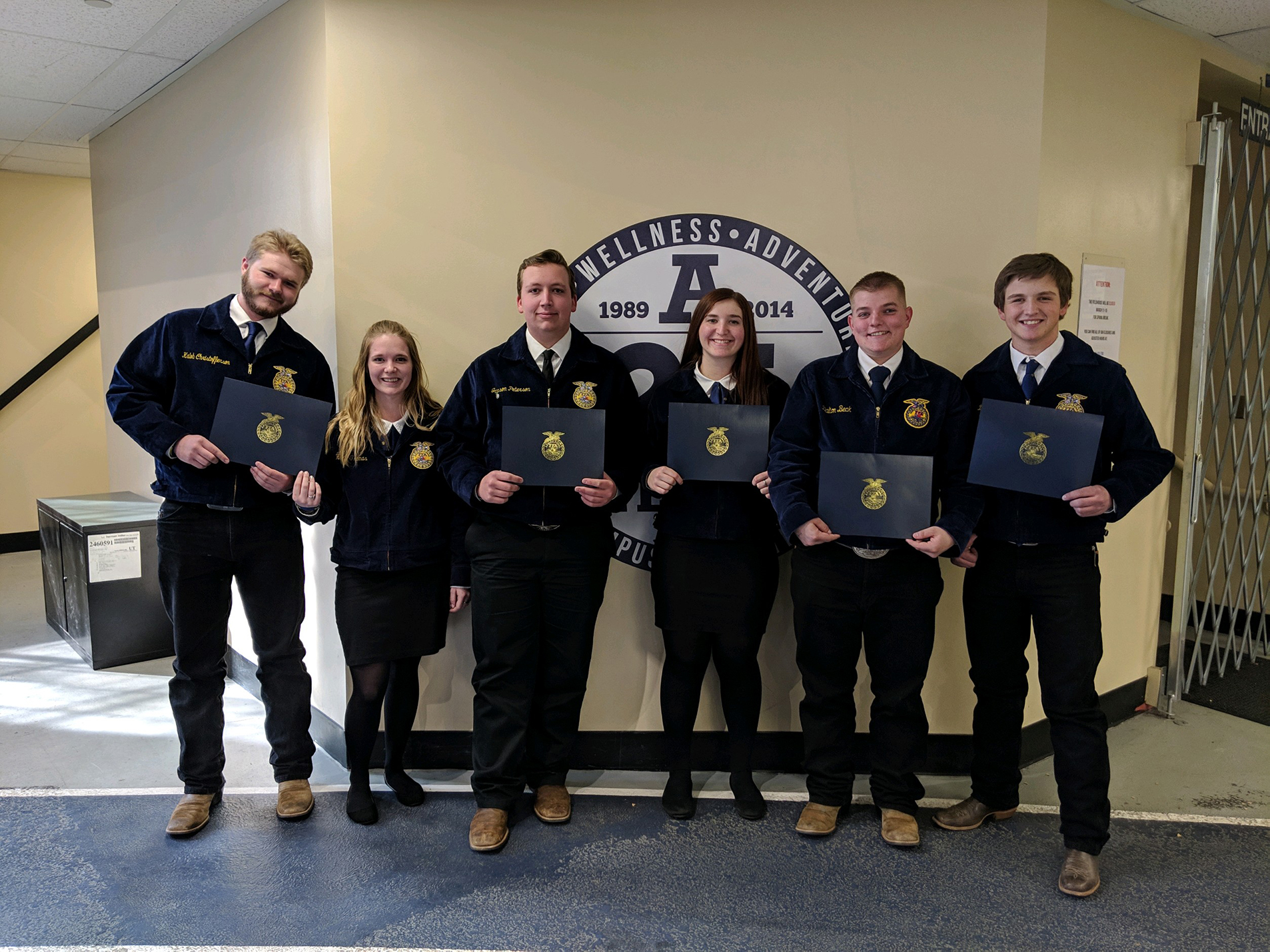 Lehi High School FFA students recently traveled to the State FFA Convention. The youth had a great experience and brought home many awards. The students worked hard and were supported by a group of teachers and helpful parents.

The Agri-Science Fair was a huge success and many projects qualified to compete at the National FFA Convention in October. The following students competed in Agri-Science Fairs and placed in these categories:

Star Greenhand:
Shelby Allison competed in the Star Greenhand Agri-Science contest and was third runner-up in the state. She won a $20 Scholarship award.

Lehi High School’s FFA club received the Superior Chapter Award and the 5-Star Chapter Award. Both are based on involvement and success in FFA activities and events.