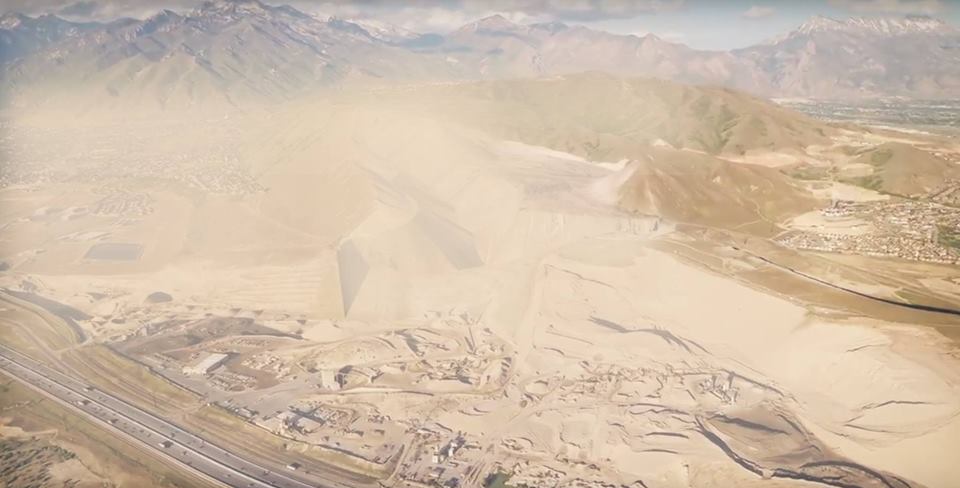 After a lengthy and highly attended hearing and three proposed revisions, the Senate Business and Labor Committee voted Monday to amend and pass HB 288, the gravel mining bill, on a 5-2 vote. Senator Jacob Anderegg (SD 13) voted in favor. He raised concerns in the hearing about issues his constituents had discussed with him and supported the bill after the amendments were included.

In a hearing that lasted nearly one and a half hours, a dozen people spoke in opposition to the bill, including Draper’s Mayor Pro Tem, a Draper city council member, a member of the Utah Technology Council, individual citizens, and representatives from Lehi Moms and Allies for Clean Air, Utah Physicians for a Healthy Environment, and West Mountain Matters.

A representative of the Utah League of Cities and Towns, as well as the cities of Layton and Morgan, spoke in favor, along with the President and CEO of Associated General Contractors Commercial Construction Trade Association and the Utah Home Builders Association.

Opponents expressed concerns about the effects of gravel pits on air quality and in some cases, requested the bill be held and the issue considered during the interim.

Supporters said there is a significant cost saving to protecting existing gravel operations which are close to major transportation infrastructure. Supporters have also said the property rights of gravel pit owners who have been in operation for many years deserve protection.

The amendment passed by the committee removed a provision which would have protected expansion of gravel pits and limited the application of the bill to currently existing operations. It also clarified that the process by which municipalities create a protected zone for gravel pits is a legislative process, making the elected officials who create such a zone accountable to the public through the election process.

The bill still needed to pass a vote on the Senate floor.

A major tax reform bill introduced in the House two weeks ago met with widespread public outcry and was abandoned last Thursday. HB 441 aimed to “broaden the base and lower the rate” by instituting a new 3.1% tax on services while lowering the income and sales tax rates. Many of those concerned were small business owners who provide services.

All three Lehi representatives said they received a lot of correspondence about the bill and shared agreement that it wasn’t ready to roll out. They also expressed a sense of urgency for moving forward with tax reform as soon as possible.

“I will say without any hesitation, we have a major structural problem that we have to fix,” said Representative Jefferson Moss (HD 2). “But if it was putting so much stress and frustration and the public wasn’t really there, I don’t think it’s a bad thing at all that we’re saying let’s give some more time.

Representative Kay Christofferson (HD 56) said legislators will need to spend time explaining the need for restructuring as well as incorporating feedback from constituents into a new bill. “The problem is still there,” he said. “We have an imbalance in our tax structure.”

Representative Cory Maloy (HD 6) said the House is “looking at a slimmer budget.” He said cuts will be made to “almost everything” except mandated items, WPU, and state employee pay. “In my opinion, it’s a good thing. We’re cutting. But that by itself will not solve the problem with the current tax structure.”

Although HB 441 was dropped for the session, the issue of tax reform is still very much alive. The legislature will bring tax reform up in a special session in the next several months.

The following bills sponsored by Lehi legislators were passed during the final eight working days of the session or as of Tuesday waiting for the final of six votes in the process:

HJR 12 – Passed – Directs the Utah Tax Review Commission to study the state’s current tax incentive structure to examine the effects of the current incentives and identify overlapping or redundant tax credits, tax exemptions, or other incentives, then make recommendations about possible changes.

HB 236 – Passed – Provides salary increase awards to qualifying teachers who have worked for at least ten years in special education and STEM subjects.

HB 349 – Waiting in Senate – Aims to keep state agencies accountable for the funds they spend on building use.

HB 114 – Passed – Clarifies that an individual is not required to retreat from an aggressor when threatened.

HB 367 – Waiting in Senate – Extends the deadline from 30 days to 60 days for municipalities to file notice of boundary adjustments with the office of the lieutenant governor, with the intent of easing the administrative burden on municipalities.

HB 228 – Waiting in Senate – Standardizes signage for vehicle towing across the state and requires property owners to place the new signs in a location designated by law so that they’re easy to see and recognize, with the aim of cutting down on predatory towing.

HB 319 – Waiting in Senate – Requires those who pay for ads in ballot initiative campaigns to disclose their identity on the ads.

SB 151 – Passed – Makes changes to the statewide initiative process, including a requirement then an initiative petition contain information about funding sources for the proposed law, and changes to notification requirements for public hearings.

HJR 18 – Passed – Resolution requiring each standing committee of the legislature to review its entire budget down to the line item over the course of five years.

HB 286 – Passed – Requires students graduating from Utah high schools to be able to recognize and compare the differences between economic systems, such as socialism, communism, and capitalism.

HB 297 – Waiting in Senate – Creates the “Long Term Planning Subcommittee of the Legislative Management Committee,” with the goal of gathering useful data on the effects of passed legislation as well as data that is useful for decisions about how to draft bills.

SB 149 – Passed – Distribute several dozens of millions of education funds through a new formula tied to a school’s “teacher and student success plan,” including requiring a school to achieve a one percent increase in a school’s total points on its school grading report in order to continue receiving funds.

SB 163 – Passed – Protects the residential or mailing address of a candidate so long as the candidate provides another address or phone number where the candidate may be contacted.

SB 173 (Sponsored in the House by Maloy) – Passed – Creates a pilot program for dual language immersion programs in a K-12 school that allows a student who intends to enroll in an immersion program to increase their language skills using an online language study course.

Today is the last day of the Utah legislature’s 2019 regular session. Legislators will be debating and voting on bills until midnight tonight. To locate your representative, go to https://le.utah.gov/GIS/findDistrict.jsp.