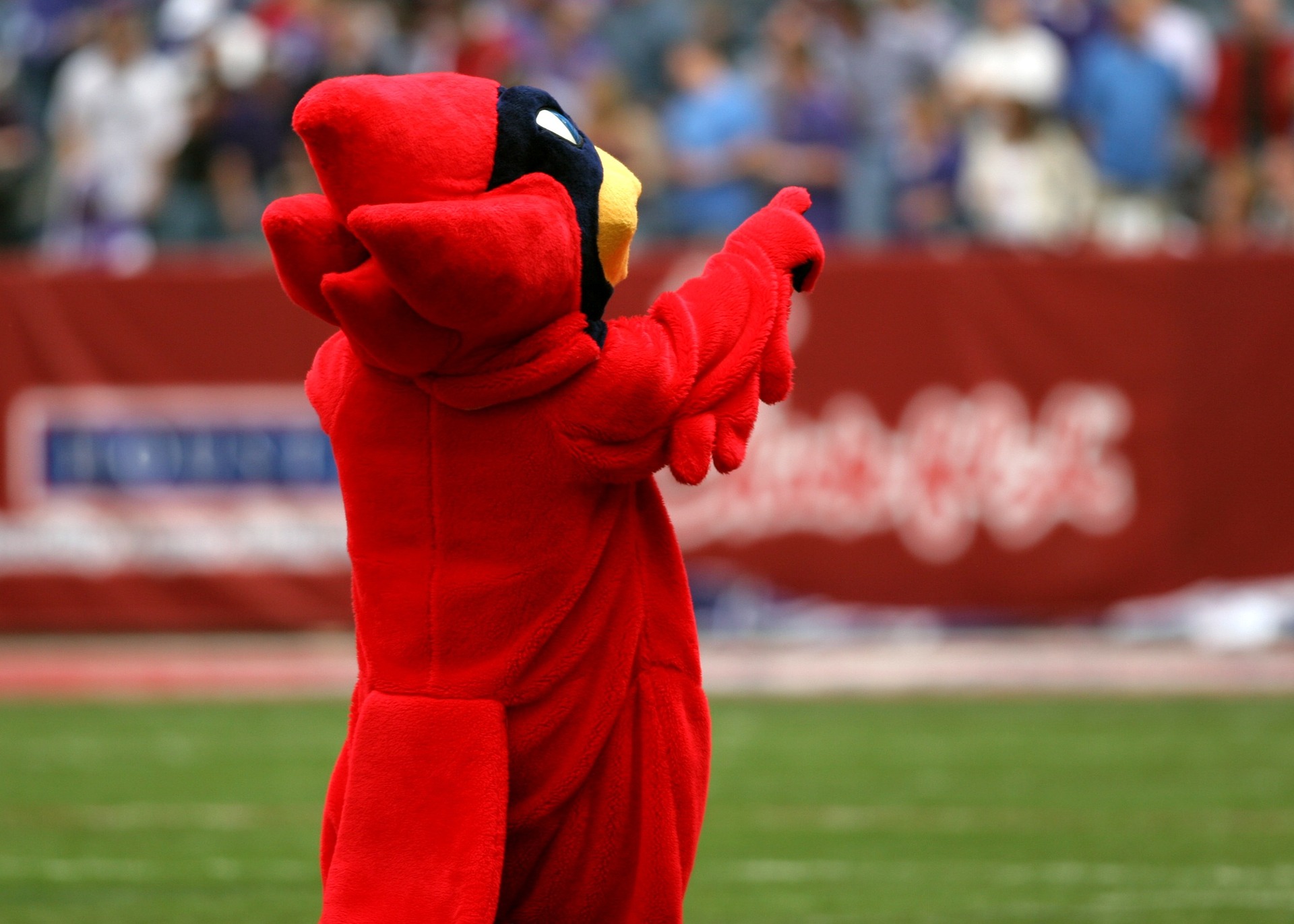 Whenever a new school is built, I stand back and watch the most important thing for everyone involved to decide. What will the new mascot be?! Political neutrality must be adhered to at all costs. The universal acceptance of an inspiring mascot is a tall order.

Lots of schools have had to change their iconic mascots in the last few years due to political correctness. Nowadays you cannot offend a single soul. I have heard the Westlake “Thunder” are getting complaints from meteorologists that “Lightning” fans feel discriminated against. And what about the “Rain” fans, the “Tornado” advocates, and even the “Clouds”?

The poor Provo “Bulldogs” are getting complaints from the “Fox Terrier” Nation and the “French Poodle” Club of America as well as the “Schnauzers” and “Beagles.”

The Box Elder “Bees” have felt incredible pressure from the “Grasshopper” and “Locust” followers, not to mention the “Skeeters” and “Blow Flies.”

The poor Wayne County “Badgers” must listen to outcries from the “Gophers,” “Squirrels,” and “Porcupines,” and a huge chorus of yells have arisen from the “Weasels” of Wayne County.

The University of Maine “Black Bears” are under the gun from demands of the “Brown Bears,” “Polar Bears,” and “Cinnamon Bears.” They are considering a change to the “Gummy Bears.” Everyone likes gummy bears, right?

Then, we come to the horrible situation at Granite High School. The school was closed because the “Farmers” got pressure from the “Truck Drivers,” “Dentists,” “Electricians,” and “Lawyers.”

I heard that the “Rabbits” of Delta are expecting a complaint that may be slowly creeping in. Yup, here comes that pesky tortoise!

The poor Fremont High “Silverwolves” are being howled at by the “Grey,” “Black,” and “Red” wolves, and what about Red Riding Hood’s “Big Bad Wolf”? He’s bullying everyone about a Fremont name change!

The sad plight of the Stanford “Indians” mandated a change to the “Cardinal” where their logo and mascot is neutrally illustrated as a “Pine” tree. But now, I hear there are screams of, “unfair” from the “Elms,” “Junipers,” “Redwoods” and “Maples.”

The TCU (Texas Christian University) “Horned Frogs” have to listen to the angry pleas of “Toads,” “Lizards,” and “Geckos.”

To silence all potential political critics in Arizona, the Scottsdale Community College students voted unanimously to name their mascot the “Artichoke.” Go Artie! Soon they will hear pleas from the “Carrots,” “Brussel Sprouts,” “Turnips” and “Rutabagas”!

Poor Skyridge! The “Falcons” are in the cross-hairs of a skirmish from the “Nut Hatchers,” “Storks,” “Magpies,” and “Buzzards.”

I won’t even talk about Morgan High School.

Seattle’s “Seahawks” must try to weather a heated fight from the “Kill Deers,” “Sandpipers,” “Pelicans” and “Swallows.”

The Highland “Rams” will have to defend their name against the “Musk Ox,” “Dall Sheep,” and “Yak.”

Maybe the one mascot that will not get a single political complaint is the little-known Washburn College “Ichabods” in Topeka, Kansas. Oh no! Here comes the Brom Bones Club!

I suggest some future school adopt the name of “Tax Collectors.” I can hear the cheerleaders now screaming, “Pay Up! Pay Up! Pay Up!” Who would dare raise a stink?

Hey, how about the “Elves”? Who would challenge Santa Claus? And “Buddy” could be the mascot!

Nobody really knows what a North Carolina “Tar Heel” is, and if Wake Forest was in Utah, the “Deacons” would be in for a fight with the “Teachers,” “Priests,” and “Elders”!