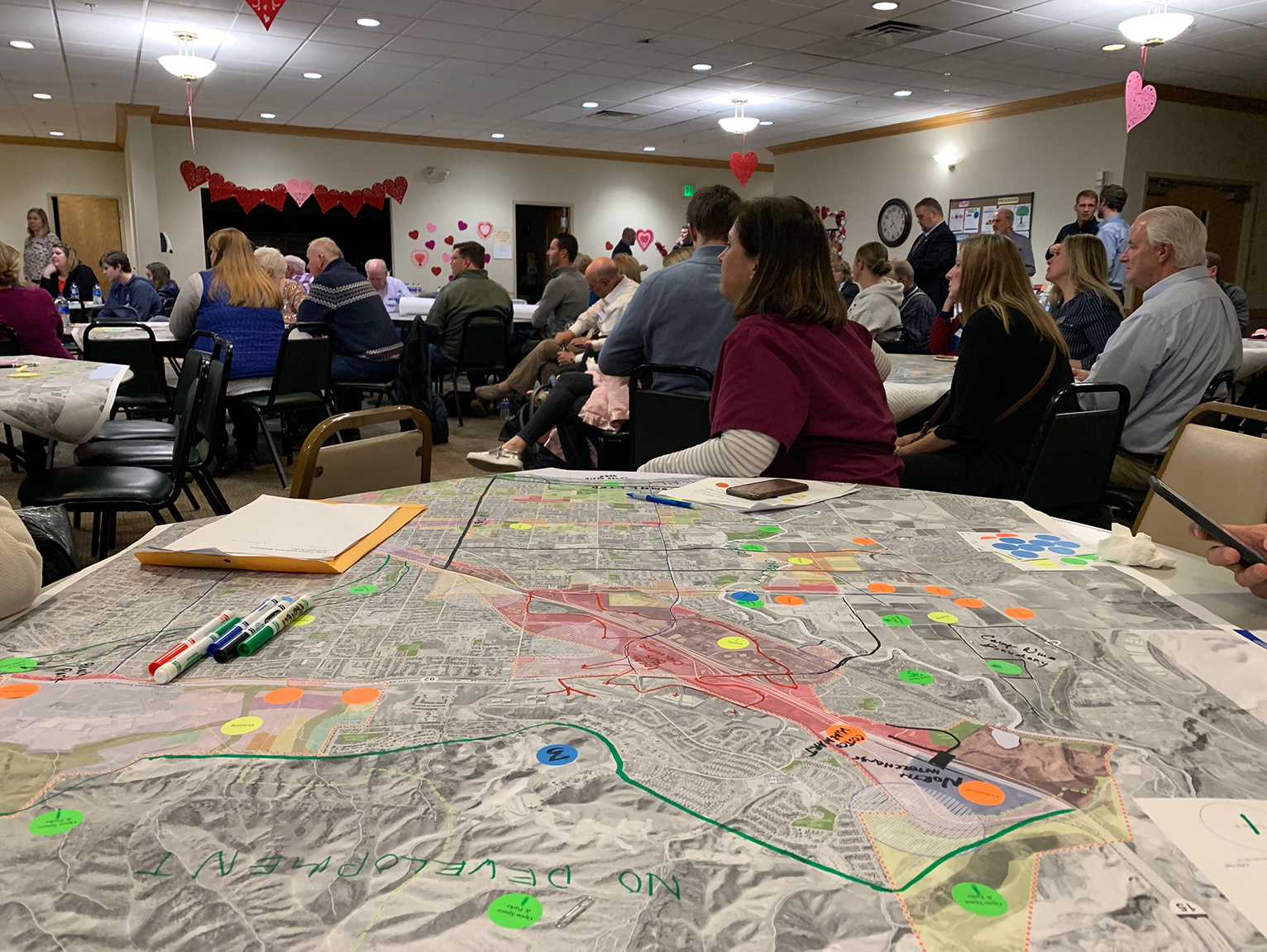 On February 27, the Lehi Senior Citizens Center was full as Lehi residents came to give input on an update of Lehi’s Land-Use Plan. Lehi City hired Fregonese Associates and urban and regional planners to conduct and assist with the plans.

Scott Fregonese conducted the meeting. He presented facts about Lehi’s demographics to attendees. “Lehi is one of the youngest cities in Utah with 43% of its residents under the age of 18. 81% of the residents live in single-family homes.” He continued, “Lehi’s median household income is $81,000 with $68,000 being the median income in Utah County.” Fregonese emphasized the importance of a land-use update and said it would be based on residents’ values and aspirations. “The question we want answered is, “How do you want the city to look and feel?” he added.

He said one component missing in Lehi is walkable residential areas where people feel connected. “People want to live in transportation-oriented developments where they can live, work, and recreate.”

All attendees were given a clicker by which they could answer questions presented in a 16-point survey. The first three questions asked citizens to name the top three priorities regarding development. The options were: downtown, mixed-use development around transit hubs, transportation improvements, expanding the variety of housing options available, preservation of open and natural space, preserving existing neighborhoods, providing more small scale commercial closer to neighborhoods, something else.

According to respondents, the top three development issues were, preserving open space and natural space, transportation improvements, and expanding the variety of housing options available. Citizens may still participate in the survey by going to www.lehifuturelanduse.com.

Randy and Jessica Gilliland came to the meeting to give input about the area in which they purchased a home 1 ½ years ago. “They are planning to build apartments right behind our home. I wish we would have known that when we bought our home. There needs to be space between residential areas,” commented Jessica Gilliland.

Each table with about eight participants had the opportunity to look at the current Lehi Land-use map and make changes by using stickers or markers to designate what changes they would like to see. Fregonese said all the input would be digitized and made available for all to see. Using the information provided by citizens, Lehi City planners, the Mayor and City Council members would arrive at plans for an update of Lehi’s Land-use map.