Cars parked on the streets cause headaches for snow removal crews 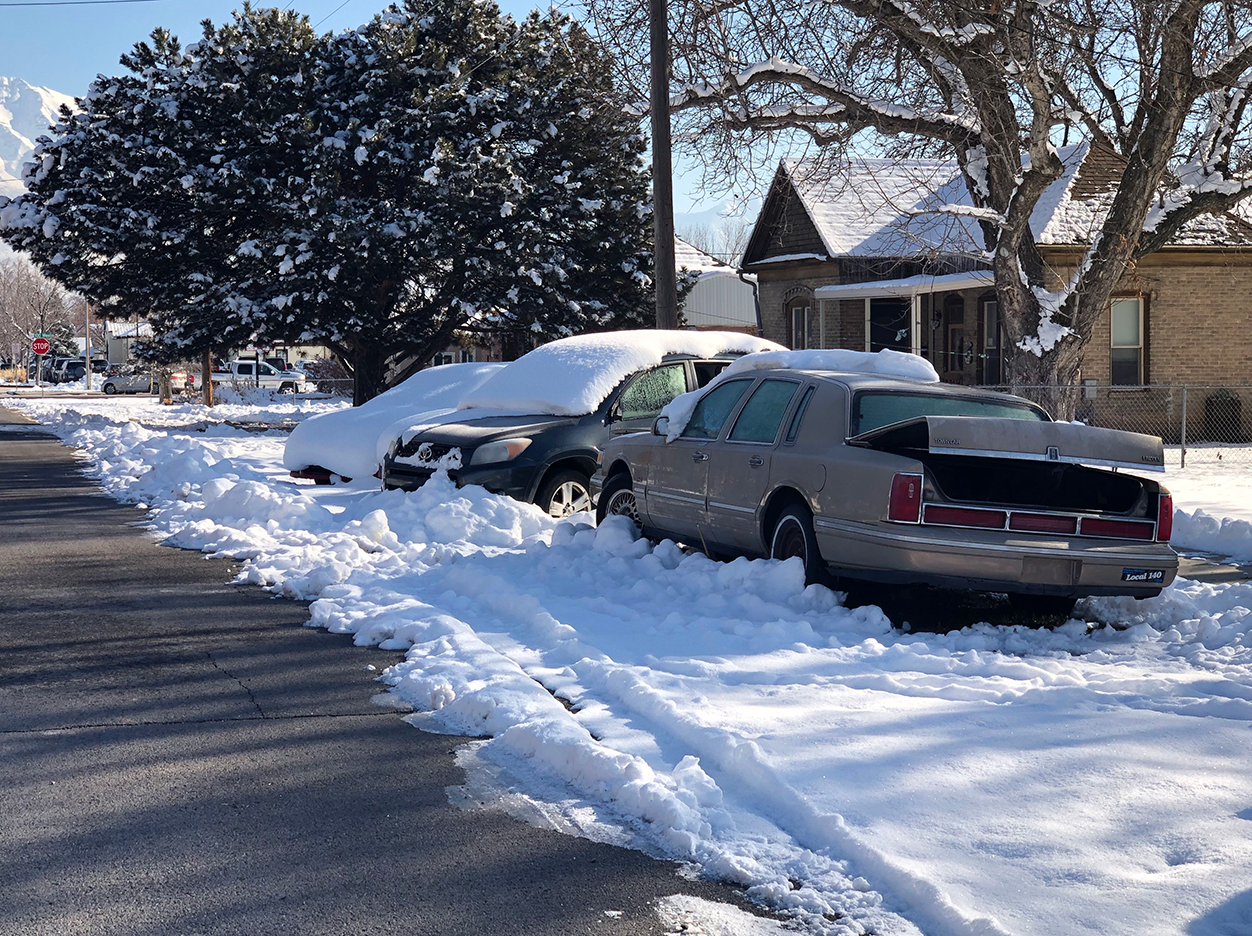 Snow plows hit the streets of Lehi early Sunday morning, December 2, while the flakes were still falling and before some residents discovered their lawns and driveways were covered. Snow removal can be a dangerous job, made more complicated when cars are parked in the road instead of in the driveway.

“We usually end up hitting one car per storm,” said Wade Allred, Lehi Streets Superintendent. The two-wheel-drive snow plows are 38-feet long, the blade is 12-feet wide and they weigh 30 tons, making them difficult to maneuver on roads when nothing is in their way and almost impossible to steer around parked cars. “Sometimes if we look into a cul de sac neighborhood and see a bunch of cars parked in the road, we don’t even go in to plow,” said Allred. When a snow plow is in an accident, it is taken out of commission for several hours while a neighboring city, like American Fork, investigates the accident. “Our insurance gets pretty cranky when we turn in claims,” Allred added.

Resident Responsibilities During a Storm

According to Lehi City’s snow removal policy, property owners are responsible for removing snow in the following areas:

Please remember that shoveling, plowing, or blowing snow into the street is prohibited by city ordinance. The City right-of-way for snow storage extends nine feet from the curb. Landscaping and personal property within the right-of-way is installed at the property owner’s risk. Please ensure that all obstructions are removed during and immediately following a storm (i.e. vehicles, trailers, and trash receptacles).

City Responsibilities During a Storm

City crews are prepared to remove snow 24 hours a day from November 1 to April 30. Crews will remove snow as soon as possible with the following priorities in mind:

Remove snow from residential areas once priority roads are clear and safe for travelers. Subdivisions, cul de sacs, and end streets will not be plowed until four inches of snow or more has accumulated.