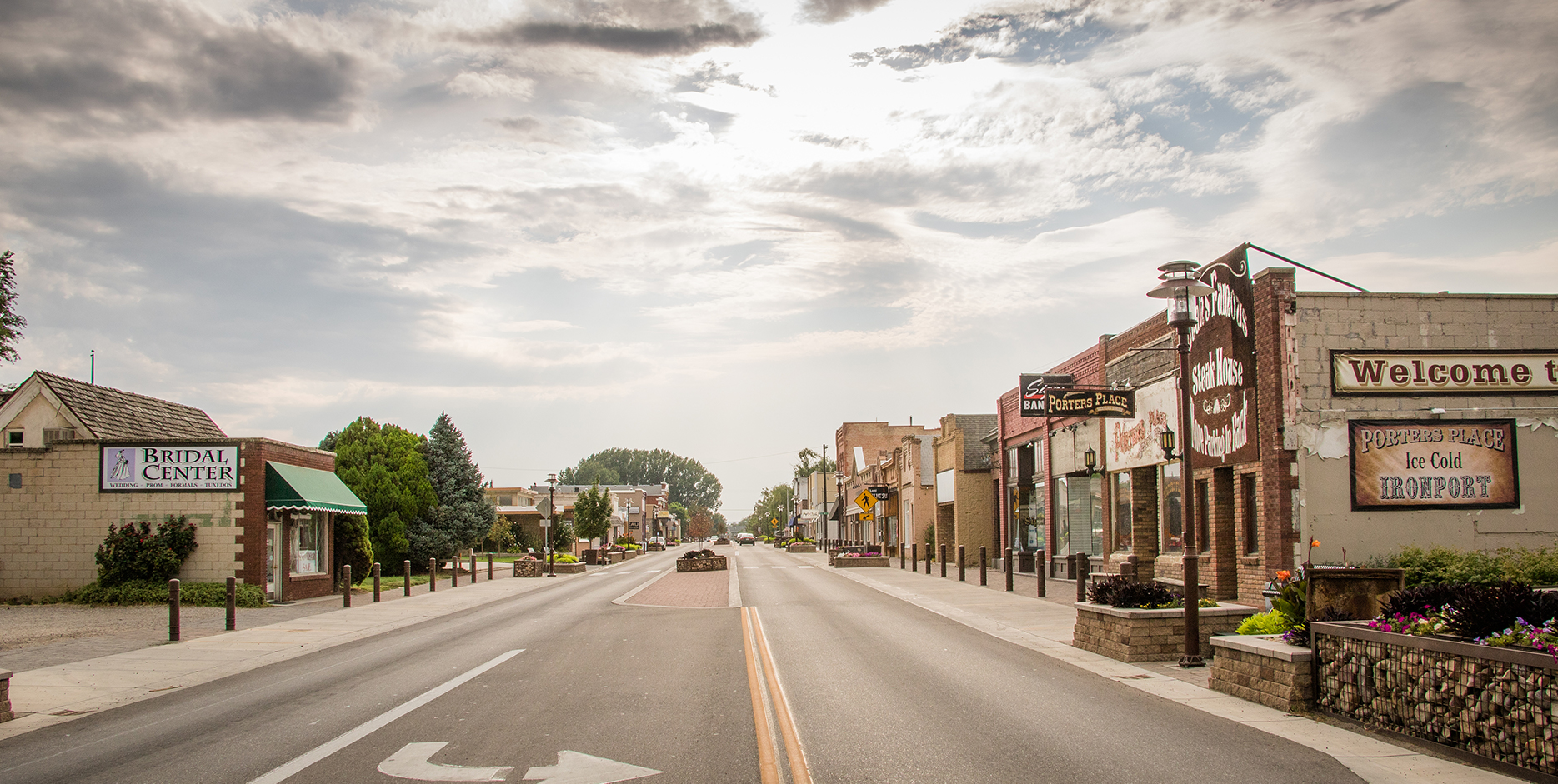 Parker Brown Real Estate, represented by Brian Brown, had three items on the agenda for the November 8 meeting, including an amendment to the General Plan to change the zoning of the  .21-acre lot where Porter’s Place used to be from “Mixed Use” to “Historic Commerce,” asking for a change in the height of buildings in the Historic Commerce Zone from three-story to four-story, and finally, approval of their concept plan for a four-story building on the Main Street property.

Janys Hutchings, a former member of the Planning Commission, spoke during the public input of Parker Brown’s first request to change their property from Mixed Use to Historic Commerce. Hutchings reminded the commission that Brown’s request was the first for Historic Commerce, and that Historic Commerce has not been completely defined in the City’s Master Plan. “We need to address what we want Historic Commerce to look like, what kind of infrastructure needs to be in place. This is a very small piece in a vision that hasn’t been defined yet,” said Hutchings. When Lehi completed the revitalization of Main Street in 2013, the Planning Commission and City Council thought that traffic down Main Street would be diverted to 2100 North and Pioneer Crossing, but with the exponential population growth in the Lehi area, traffic has become an even bigger issue on Main Street during rush hours, and often throughout the day.

The Planning Commission unanimously approved Brown’s request the zone change from Mixed Use to Historic Commerce. Members of the Planning Commission held their comments and discussion for the next two items up for consideration from Parker Brown. In the City’s current Development Code, the height of buildings in the Historic Commerce Zone is limited to three stories. Parker Brown requested that the height of buildings be raised to four-story.

“The fourth story is set back to allow for the residences to have balconies. This issue has been debated a lot. The Development Review Committee (DRC) recommended keeping four-story buildings on the corners, like bookends,” responded Kim Struthers, Lehi City Community Development Director.

When Seegmiller asked how many buildings on Main Street are currently three-stories, the citizens in the chamber shouted out, “None!” During the heated discussion that followed, Ross Dinsdale, engineer for Lehi City, asked, “Why would we want to limit people who want to invest in downtown Lehi?” When Planning Commission Member Matthew Hemmert asked Brian Brown if the project would “pencil” if it was only three stories, Brown said it would not.

The agenda item was opened for public input and several people lined up to be heard on the record. “This new building is too tall. The architecture on Main Street is historic, we can’t have huge buildings next to quaint little historic buildings,” said Rebecca Beck.

“This is an in-fill project,” said Janys Hutchings. “If we were overhauling the whole street it would be different, but Parker Brown is trying to fit in with everything around it and this building looks out of character on Main Street.”

“I don’t know how the City could sell that land for so cheap and then say they can’t make money with a three-story building,” said Larry Webb, referring to the $150,000 Parker Brown paid Lehi City for the Porter’s Place property. “Businesses on Main Street are struggling as it is because there’s no parking. Parker Brown already hogs all the parking on the west side of the block.”

Webb was not the last person to bring up the critical parking issues on Main Street. Kim Struthers and Ross Dinsdale from Lehi City staff discussed the possibilities for future parking in the downtown area. Struthers suggested that a parking garage would be needed in the next few years.

When the discussion came back around to the Planning Commission, they were divided in their opinion on the issue. “Do we want to preserve history, or to we want to build up commerce? Those are competing goals, in my opinion,” said Planning Commission Member Brent Everett. A motion was made to approve Parker Brown’s request to raise the height limit on buildings in the Historic Commerce Zone from three-stories to four-stories. Although the motion received more yea votes than nays, (three to two) it didn’t pass because of a four-vote minimum needed for a positive recommendation to City Council. The motion will now move the Lehi City Council, without a recommendation from the Planning Commission, whether Parker Brown’s four-story building concept on Lehi’s Historic Main Street will be approved.

In addition to the emotionally charged items from Parker Brown on the Planning Commission’s agenda, they also approved a zone change for the entire block of the former Broadbent’s store from Medium Density Residential to Public Facilities. Lehi City owns all but two parcels in the block, and they are hoping to acquire those lots as well. The 100 East block will be the site of the new public safety complex. The Planning Commission voted to give a positive recommendation for the zone change.

The Planning Commission also approved Mike Dubois’ request for a 28-lot residential development at 1050 East 3200 North. Citizens registered frustration with the traffic in the area and no sidewalks near the proposed development during the public input portion of the item. “I’ve owned this property for more than 20 years. I need to do something with it, I’ve waited a long time. I have a right to develop my own land,” said Dubois.

The Planning Commission approved requests from First Digital Telecom to run fiber in two areas in the City, a site plan for Pikus Concrete Building at 860 West State Street, and AE Urbia’s request for a building concept at 4421 North Thanksgiving Way.