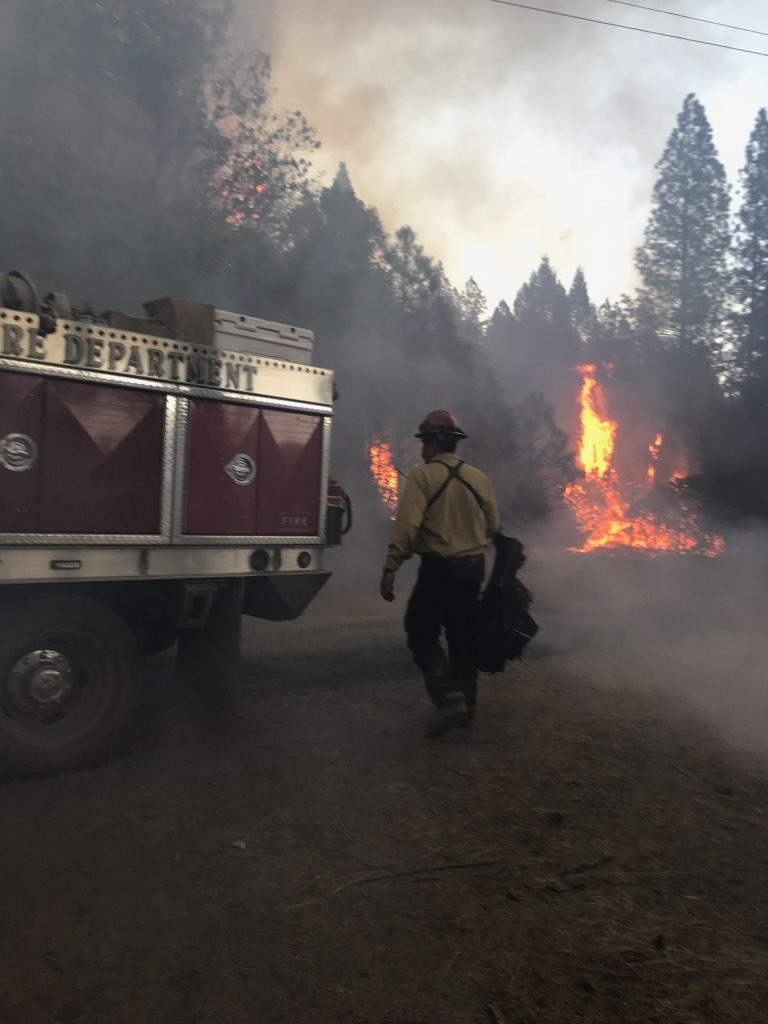 The Lehi Fire Department responded to an initial call for help to fight uncontrolled fires in California, deploying three firefighters and an engine to the scene. The Lehi team joined about 80 other Utah firefighters over the weekend to help fight wild fires in Paradise, California, according to Lehi Fire Battalion Chief, Jake Beck.

“We sent three firefighters and a “brush truck” engine on Friday afternoon. They immediately started working after arriving in Paradise and we expect they will be working 16-hour shifts, or longer, to help contain the fire,” said Chief Beck.

The “brush truck” is a self-contained engine that has a pump and holds about 500 gallons of water. In California, the team from Lehi joined up with a task force of five to ten other engines. “The task force is coordinated by Cal Fire to fight the flame front,” said Chief Beck. “The fire is so fast moving and is still uncontrolled.”

After the initial call for help from California, an additional 100 or so Utah firefighters also headed to the Paradise, California area near Chico.

“We check in on our team every day or two to see how they are doing. They are expected to be in California for about two weeks,” said Chief Beck.

Three Lehi firefighters battle uncontrolled fires in Paradise, Ca. The Lehi team joined forces with 180 other Utah firefighters who responded to the call from help from California. I Courtesy Lehi Fire Department
Related Topics:#lehinewscaliforniafiresFirefirefighterslehifiredepartmentlehifreepress
Up Next