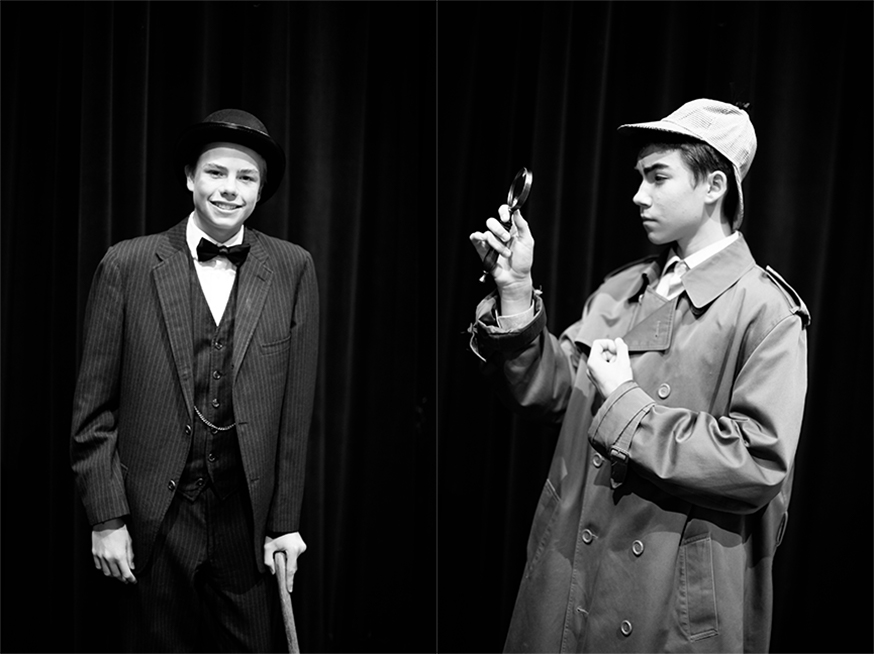 Sherlock Holmes, Dr. Watson, Mrs. Hudson, and a new apprentice to the great detective, Wiggins, will be on the Willowcreek Middle School stage from Thursday, November 8, through Saturday, November 10, as well as Monday, November 12 at 7 p.m. Tickets are available at the door, $3 for students and seniors and $5 for general admission.

The Willowcreek production includes two Sherlock mysteries; The Mystery of the League of Red-headed Gentleman and The Mystery of the Lost Blue Carbuncle. Sherlock, played by Joey Savage, takes on an apprentice, a young girl dressed as a boy to survive the dangerous London streets. The girl, Wiggins, played by Karlee Smith, gains Sherlock’s confidence and sympathy, and helps Sherlock and Watson, played by Kohler Barton, solve cases.

Willowcreek Drama Instructor, Calista Wilkes, directs Sherlock Holmes and the First Baker’s Irregulars and her students do pretty much everything else. Advanced drama students from the eighth and ninth grades make up the cast as well as the stage crew. The students have the advantage of being Sherlock Holmes fans thanks to the popular BBC series with Benedict Cumberbatch as Sherlock, as well as the popular movies starring Robert Downey Jr.

“The kids know Sherlock and they’re really excited to do the show. It’s suspenseful and the audience will be trying to solve the case as they watch. They’re doing British accents – and they’re really good at it!” said Wilkes. The Willowcreek play takes place during the Christmas season, so there are carolers and festive set pieces. “This show is a great introduction to the holiday season,” added Wilkes.

Lehi dancer shines on Dancing with the Stars Junior

Sixty- eight years together, Russons are an example of devotion, sacrifice, and service