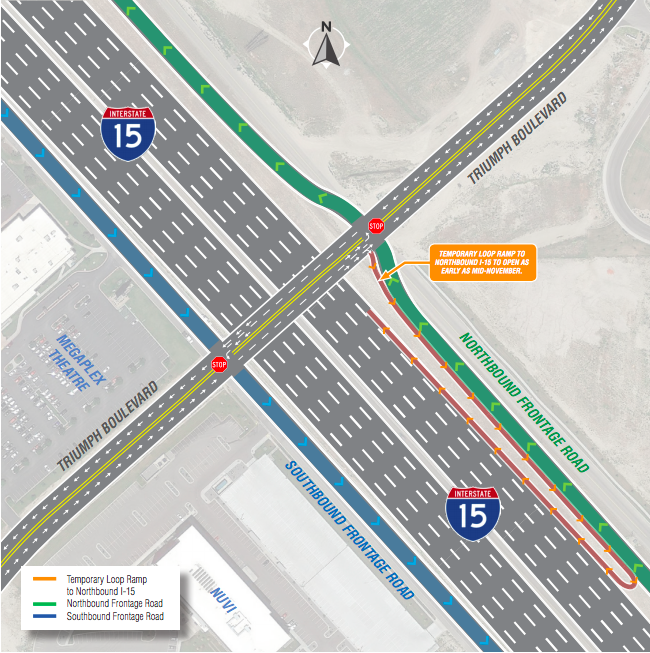 With the accelerated bridge construction schedule, the Utah Department of Transportation released an update to the workings of the I-15 Tech Corridor project from Lehi Main Street to State Road 92.

The Triumph Boulevard Bridge will be open to traffic as early as Thursday, November 1. The bridge will be in an interim configuration with one through lane, open in each direction, and turn lanes.

In mid-November, 2100 North will close for one weekend under the I-15 bridge.

To accommodate construction when 2100 North opens after the weekend closure, it will be reduced to one lane in each direction under I-15, so crews can reconstruct the I-15 bridge. To keep traffic moving with the reduced lanes, the interchange will be converted to a temporary Diverging Diamond Interchange (DDI) which will be in place into 2020. Drivers should plan ahead for additional delays during peak hours or use an alternate route.

Construction schedules are subject to change due to weather or equipment issues. UDOT encourages drivers to use caution and adjust driving patterns accordingly.