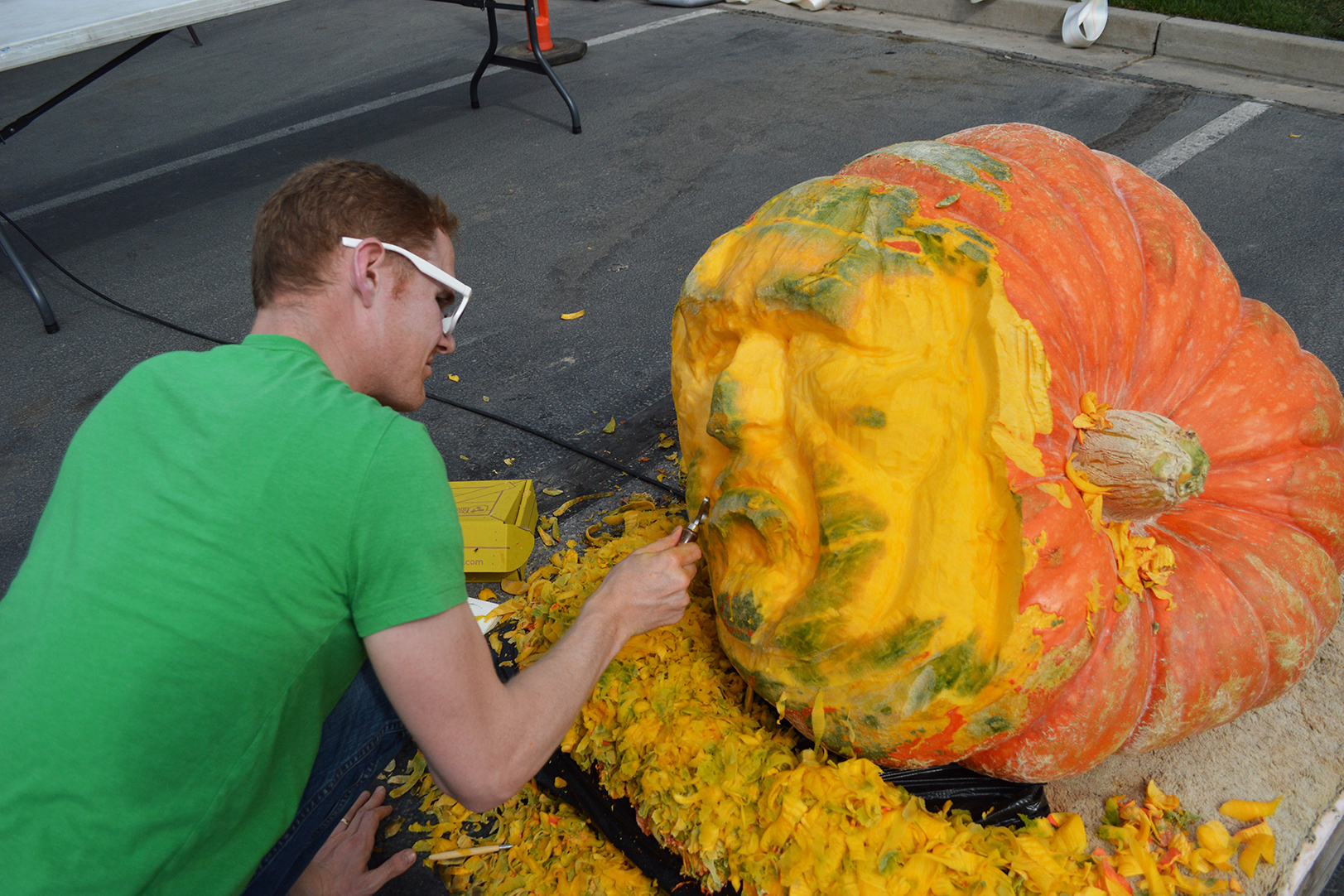 The Utah Giant Pumpkin Growers brought their scales and forklifts to the parking lot near the Thanksgiving Point Water Tower on Saturday, September 29, to find out whose name would be added to the trophy for growing the biggest pumpkin of 2018.

The 2018 pumpkin crop was bountiful, but it was clear no one would be setting any records this year. Last year Matt McConkie set a state record with his 1,974 lb. pumpkin. This year Ross Bowman of Brigham City won with his 1,170 lb. pumpkin, a personal best for Bowman. Participants were really there to share in each other’s success, and even a few epic failures. The pumpkins and squashes lined the parking lot and were hoisted into stirrups and driven a short distance to the scale to be weighed one at a time. Growers stood by, anxiously awaiting the final weight for the pumpkins they’d nurtured for the past few months.

The Utah Giant Pumpkin Growers Weigh-Off at Thanksgiving Point isn’t the last stop for giant pumpkins. Some will be hollowed out to compete in the annual Ginormous Pumpkin Regatta in South Jordan, others will be dropped from great heights at the Ginormous Pumpkin Drop at Hee Haw Farms in Pleasant Grove on October 28. One pumpkin grower said he and his brother make a “pumpkinman” with their giant pumpkins, stacking three pumpkins on top of each other like a snowman and carving a jack-o-lantern face in the top pumpkin. One young man brought his 17 lb. mutant lettuce to the weigh-off. “That’s the biggest lettuce in the state! Maybe even the West,” exclaimed Kyle Fox, Committee Head of the Utah Giant Pumpkin Growers.

The Pumpkin Weigh-Off is part of the annual Harvest Festival at Thanksgiving Point. Representatives from Cornbelly’s were there since they opened just the day before the Weigh-Off. Cornbelly’s buys some of the giant pumpkins to decorate their corn maze. The theme for Cornbelly’s this year is “The Greatest Cornman,” a nod to the hit movie, The Greatest Showman. As always, Cornbelly’s has hay rides, corn-themed games, a candy cannon, and weekend fireworks in addition to the popular corn maze. Cornbelly’s ends with a pumpkin smash on Saturday, November 3.