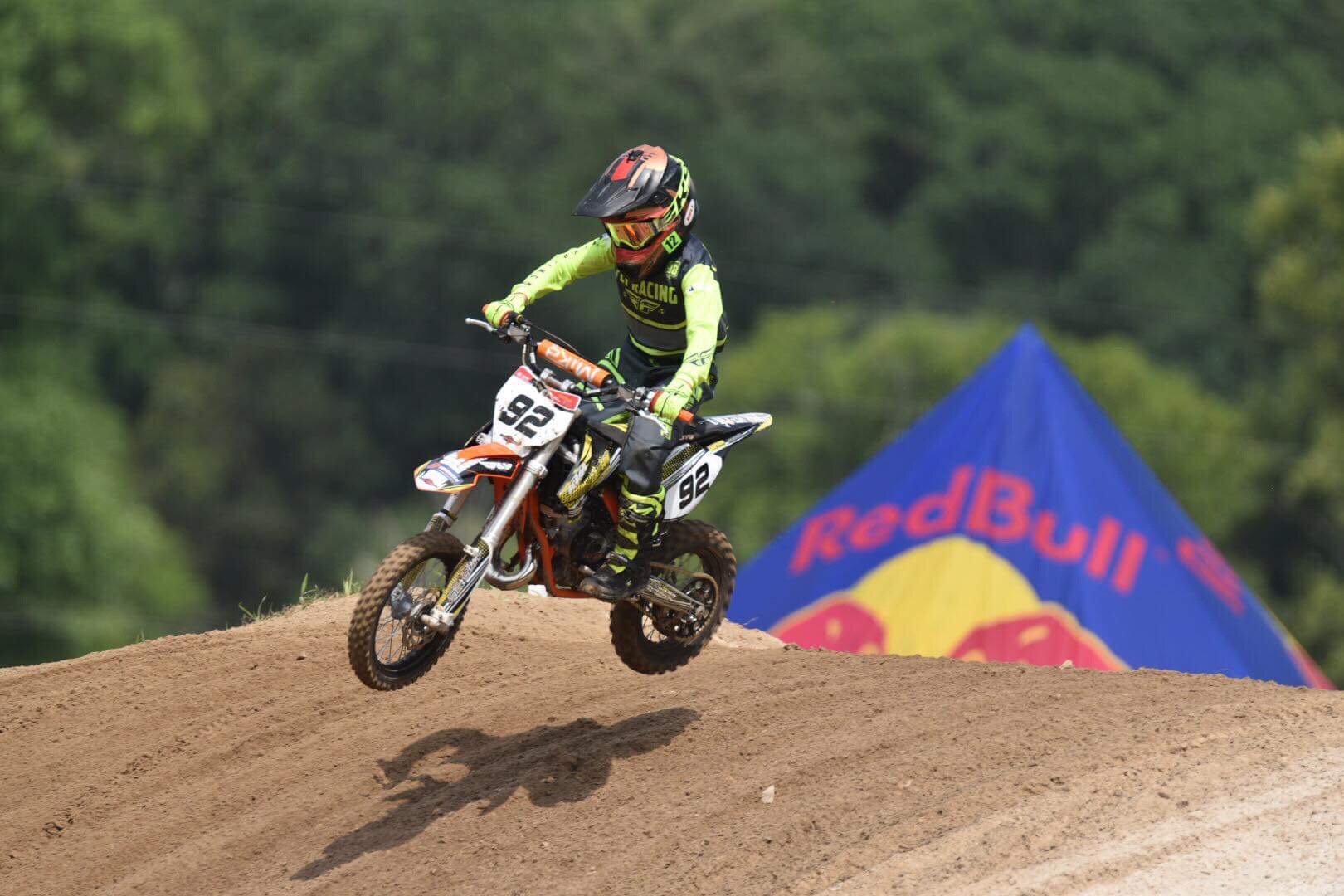 Most kids are counting down the last days of summer and planning their last big summer outing before school starts again. Evrett Clarke, age ten of Lehi, isn’t exactly like most kids, but he did have an amazing end of summer adventure. He and his parents, April and Travis, packed up their RV and headed out to camp in a field with 19,000 other people in Tennessee. Why? So, Evrett could ride his motorcycle in the “Superbowl” of motocross racing.

Earlier this year, Evrett qualified to ride in the Motocross National Championship held at Loretta Lynn’s MX ranch in Hurricane Mills, Tennessee. Evrett, placed sixth overall in the three-race event, the highest he has ever placed at Nationals. Even though he is only ten, Evrett is no rookie at this motocross “Superbowl”; he has qualified for Nationals four other times.

“Thousands of people come from all over the United States–hauling their bikes and gear in an RV or trailer– to compete at the Nationals,” said April Clarke. “We were happy Evrett qualified and he got a chance to compete with the top 42 riders in the U.S. in his ride classification.”

Riding is in the Clarke family blood, both April and Travis have ridden motorcycles for years and Evrett began riding when he was only three years old. By the time Evrett was five years old he was racing at local events and winning. Soon he was venturing out of Utah and riding at other regional races. At six years old, he qualified to ride in his first Nationals in Tennessee.

“I want to be better than a pro,” is something that Evrett has said since he first started racing, according to his mother. He trains hard, riding four days a week leading up the big races. “Evrett is one of the best kids riding out there right now,” said Colby Sorensen, 27, of Lehi. Sorensen is one of Evrett’s motocross trainers. Sorenson also qualified to ride in last week’s National Championships.

Evrett Clarke will be starting fifth grade next week. “The Lehi schools and his teachers have been great about working with us when he misses schools because of a motocross event,” said April Clarke. “He loves motocross. We will keep supporting him as long as he wants to keep doing it.”