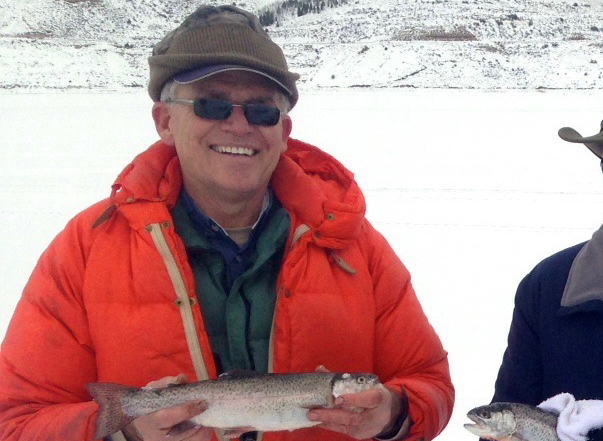 A breaking update from the Summit County Office of the Sheriff was released Wednesday around 1 p.m. about the missing Lehi teacher, Ray Humphreys.

“The 66-year-old West Jordan man’s body was found at about 3 p.m. Tuesday in the Middle Fork drainage area, approximately 1.5 mile west of where he was last seen near Hidden Lake,” the news release said.

Officials do not suspect foul play in Humpherys’ death, and “the injuries are consistent with the harsh terrain and environment.”

The body has been transported to the State of Utah Medical Examiner’s Office for an autopsy.

The release also stated, “ Sheriff Justin Martinez and team express our most sincere condolences to the Humpherys Family.”

The Humpherys Family has asked for privacy while they grieve the loss of Ray and will not be speaking to the media at this time.

Organizations that assisted in the search effort include:

Eaglecrest Elementary P.E. teacher Ray Humpherys, age 66, went missing last Wednesday, July 18, while on a camping trip with his family at Hidden Lake in Summit County. He had not been found as of Monday, July 23.

His family last saw him when they went to bed around 10 p.m. The Summit County Sheriff’s office got a call at 12:30 p.m. the following day from Humpherys’ son-in-law, who hiked to a high point on a hill where there was cell phone reception. The family knows the area well and Humpherys is an experienced outdoorsman.

The search area covered a ten-mile radius, said Lt. Andrew Wright with the Summit County Sheriff’s office, with searchers walking and on horseback, dive teams in the water, and helicopter search teams scouting from the air.

Volunteers turned out in large numbers – 100 on Saturday and 350 on Sunday.

According to Lehi resident and Eaglecrest Elementary Assistant Principal, Brad Greenwood, “I don’t want to speculate about what happened, but Ray is a terrific, outstanding teacher and person. You couldn’t ask for a better guy. He’s been camping in that same area at Hidden Lake for 29 years. We are hoping and praying for a good outcome.”

Several of Humphery’s fellow teachers from Eaglecrest Elementary joined in the search over the weekend and community support has poured in. The family reported on “Pray for Ray” that meals have been donated, religious leaders have encouraged their congregants to join in the search, and many of Humphrey’s former students have turned out to help in the search.

Hidden Lake is accessed by hiking about three miles up from the Crystal Lake Trailhead. The volunteer command center, run by the Garrett Bardsley Foundation, was located at that point.

Humphery’s family has set up a Facebook page, “Pray for Ray.” They reported that Hidden Lake was thoroughly searched and no signs of him were found there.

Another man, Melvin Heaps, 74, went missing in the same area on July 31 last year. He was never found. Lt. Wright said no foul play is suspected.

The volunteer search was expected to end Monday, July 23, but the Sheriff’s office will continue searching through the end of the week.

This story will be updated as more details are announced.